I’ve kept to my commitment to paint every day for at least 15 minutes, though sometimes – like last night – the painting didn’t actually happen until it was technically the next day.

Whatever. I’m not letting details like that get in the way. The point is, I’m getting in the Creative Sandbox every day, and let me tell you, it feels great!

I’m rather liking this set of three 3″ squares, topped by three 2″ squares. I’m contemplating doing a larger piece assembled of these tiny canvases. 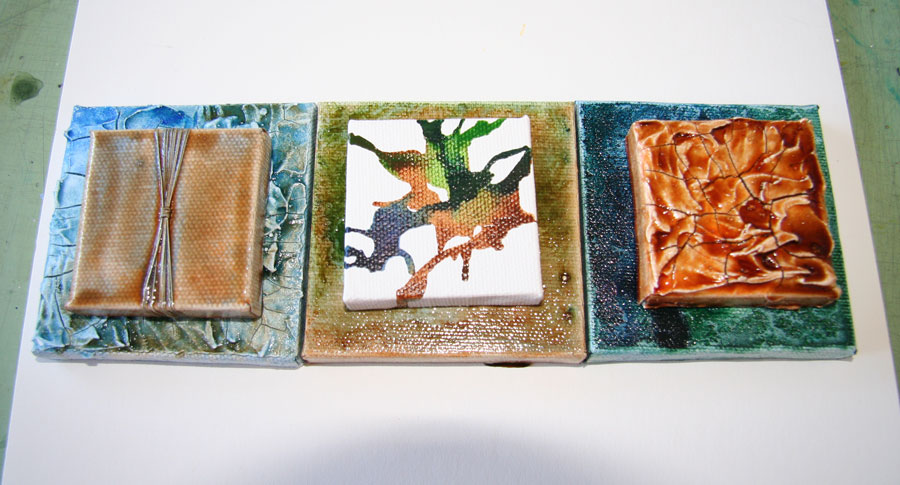 Here’s another set of 4″ square canvases that I’m debating about whether to display individually or as a single piece. 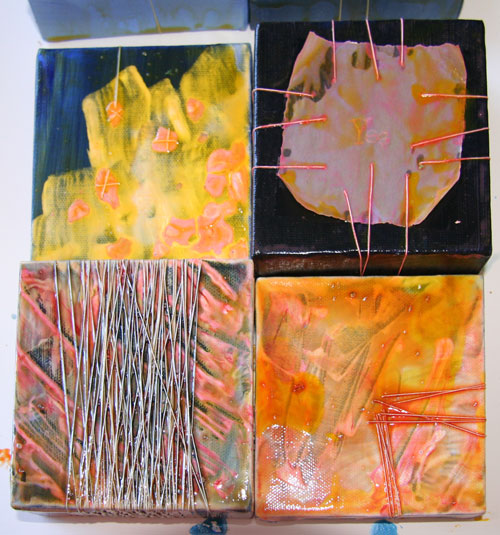 And a 10″ square canvas that got this whole canvas experimented started, back over the summer sometime.

It was a fun initial “let’s try painting on canvas!” session, but I never liked what resulted, so as per rule # 5 (“Destroying” stuff made earlier by adding to or altering it is encouraged), I decided to paint over it. (Multiple layers later, I’m wishing I’d photographed the transformation. Next time…) 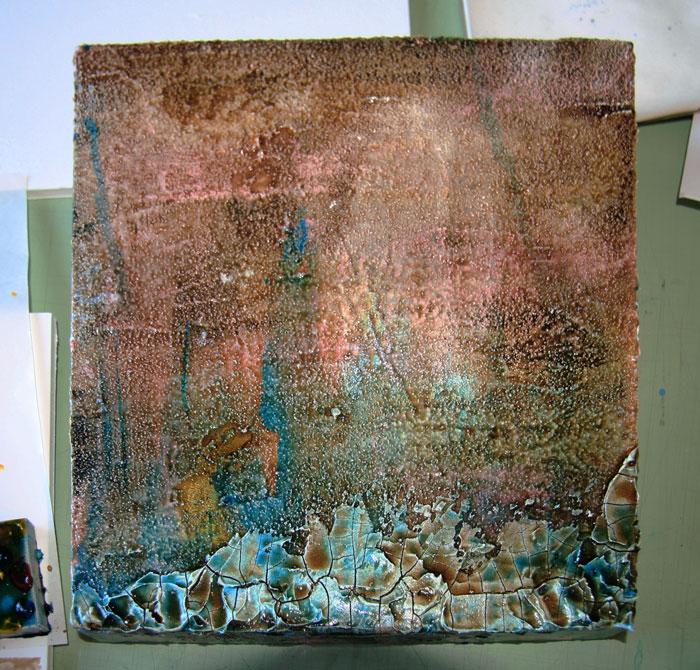 I have no idea where I’m going with this one (or any of them, actually), but I must say I’m rather enjoying watching the canvas evolve. The more layers I add, the richer it becomes.

So here I’ve been merrily riding along on a wave of abstract experimentation. Then Tuesday night something else happened entirely. I’m not exactly sure where the painting below came from, but I must admit I feel a certain kinship with this skeptical angel, not too sure about those wings she’s sporting.

What do you think she’s thinking?