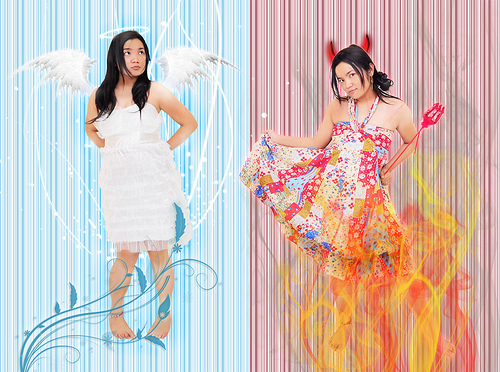 I’m very careful these days when I congratulate someone on progress toward a goal.

You see, I don’t want to sabotage them.

You’d think that a “hey, congratulations!” or a pat on the back would motivate us to further progress, but according to research, the opposite is often the case.

It sounds counter-intuitive, but congratulating yourself on progress toward your goal may actually undermine you in making further progress.

As Kelly McGonigal writes in her book, The Willpower Instinct,

Maybe we should think twice before we hand ourselves the gold star. While most of us believe that making progress on our goals spurs us on to greater success, psychologists know we are all too quick to use progress as an excuse for taking it easy.

Researchers Ayelet Fishbach, professor at the University of Chicago Graduate School of Business, and Ravi Dhar, professor at the Yale School of Management, have demonstrated in their research that making progress on a goal actually motivates people to self-sabotage on that very goal.

In one of their studies, they congratulated dieters on how much progress they’d made on their weight loss goal, then offered them a snack as a reward — either an apple or a chocolate bar.

One might assume that anyone with a big goal of losing weight would opt for the apple, but 85% of the congratulated dieters chose the chocolate bar.

The control group, who were not reminded of their progress, still opted for the chocolate bar more than half of the time (58% percent), but statistically, a simple message of congratulations for their progress had a dramatic impact on the likelihood that someone would do something in direct contradiction to their stated goal.

In other words, focusing on progress was strongly correlated with self-sabotage.

Fishbach and Dhar found similar results with academic goals: when they were made to feel good about the amount of time they’d spent studying for an exam, students were more likely to spend the evening partying.

What is going on here?

You know that image of an angel standing on one shoulder, and a devil standing on the other, each whispering in an ear, trying to get you to follow their advice? It’s pretty smack on, it turns out.

In a way, we are not one self, but two competing selves: the self that’s thinking about long-term interests, and the self that wants immediate gratification.

At any given time, we are dealing with multiple, often conflicting goals.

We want the weight loss, and we want chocolate.

We want a good grade on the exam, and we want to party.

We want to get the novel written/the paintings made for the show/the CD recorded, and we want to play on Facebook/read Game of Thrones/go to that late-night rave.

We feel conflicted about these goals, so in order to accomplish our big goals, we need our higher self to take command.

Whenever you experience a feeling of success in a self-control challenge, though, it has the effect of temporarily satisfying your higher self… which leads it to take a nap, right when you most need it to take charge.

Focusing on your progress toward a long-term goal turns off your attention on that goal, and your brain then turns its attention to the other goals that have not been satisfied — immediate gratification! self-indulgence! chocolate! beer! Facebook! etc.

Psychologists even have a term for this: goal liberation.

As McGonigal puts it in The Willpower Instinct,

Progress can cause us to abandon the goal we’ve worked so hard on because it shifts the balance of power between our two competing selves… The goal you’ve been suppressing with your self-control is going to become stronger, and any temptation will become more tempting.

Even your To-Do list can end up sabotaging you. When we make that trusty list, it can feel so darn satisfying.

But we can mistake that satisfaction from creating the list with actually doing the tasks on it and making progress.

McGonigal quips, “Or, as one of my students said, he loves productivity seminars because they make him feel so productive—never mind that nothing has been produced yet.”

So what do we do about this?

The important thing to note here is that progress is not itself the problem.

The problem is focusing on progress.

And even then, it’s only a problem if you pay more attention to the feeling of progress than to your commitment to your goals.

If you can see your progress as evidence of your commitment to your goal, if you can conclude that you must really care about your goal, it will help you to do even more to reach it.

As McGonigal notes, “This perspective is easy to adopt; it’s just not our usual mind-set. More typically, we look for a reason to stop.”

Instead of thinking “Look how much progress I made! Now I can do what I really want,” try thinking “I did that because my goal is important to me. I’m going to keep going after it!”

Researchers at Hong Kong University of Science and the University of Chicago did a study that showed this to be an effective strategy.

In other words, simply remembering the “why” completely flipped the results!

When you focus on your commitment to your goal, rather than your progress, that chocolate bar/Facebook dive/party night that seemed so tempting may look like less of a treat and more of a threat to your goals, making it easier to say “no” to it, so you can get back to working toward the Big Yes that you really want.

The next time you receive congratulations for progress, whether from someone else or yourself, turn your focus from your progress toward your goal to your commitment to your goal. Take a moment and remember why you worked so hard to get where you are, and recommit to going the distance.

Then let me know what happens!