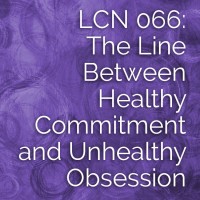 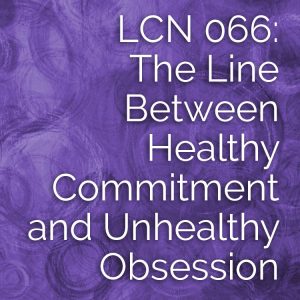 One of the subjects I’ve written a lot about over the years is the tension between the pursuit of excellence or mastery, and the pursuit of happiness.

This tension has been on my mind this week, because lately I’ve been lax in my commitment to work out.

Almost a year ago, I started doing these online TurboFire workouts, through Beachbody.com. I really wanted to get in better shape, I know exercise is one of the best things you can do for your brain, for willpower, for creativity, for longevity and quality of life, and I was so excited to find a way to get more exercise into my life that didn’t require driving to a gym.

I committed to following the TurboFire 20-week calendar — six days a week for twenty weeks.

Now, I didn’t always stick exactly to the program, and I there were days I missed, but for the most part I was pretty consistent, and it paid off.

And I kept it up, even after those twenty weeks!

It felt great to be making my health and fitness a priority! I had finally figured out how to build workouts into my days, and I thought I’d have a (mostly) daily workout habit from now on.

I even had dreams of getting the flat belly I’ve always wanted, but which has been out of reach since my metabolism has slowed down as I’ve gotten older.

Well, the flat belly didn’t happen, and recently, I have to admit, my commitment has flailed.

Now, part of the issue is that, although I started out doing my workouts in the morning (because the thing you do first is the thing that gets done (click to tweet!)), ultimately I moved my workouts from the morning in order to reclaim that time for creative stuff.

That worked okay for awhile, but the problem is, if I don’t start a workout before my husband gets home, it’s almost impossible to make it happen.

And lately I’ve really fallen down on starting in time.

Other things have been feeling more important, like making videos for my @calligraphyhowto Instagram feed, so I’ve let them take priority.

And much as I’d love to celebrate my 50th birthday this November with the fittest body I’ve ever had, honestly, I just don’t think my commitment level is there.

I don’t think I’m really willing to make the kinds of sacrifices in other areas of my life in order to get those washboard abs I’d love to have.

And here’s the thing: I’m actually okay with that.

So what does all of this have to do with living a full-color creative life?

Well, in the Facebook group for my Creative Sandbox community, we have a workout accountability thread, where anyone who wants some accountability around getting more movement into their life can share. And the other day I shared the following:

It’s so challenging to keep up with any given commitment when you have SO MANY things that are competing to be top priority. ?

Also, I have to keep reminding myself that HEALTH and fitness are the real reason for working out. It’s very easy for me to slip into wanting to do it for aesthetic reasons: lose the belly, slim down, muscle-up.

When appearance becomes the focus, nothing good results, as it sends me into old , unhealthy patterns, residual from my bulimic days.

I’m grateful that I can keep returning my focus to what’s really important: health, wellness, a full-color life, good relationships.

(Yep, I struggled with bulimia for close to a decade. That came from this focus not being on authentic desires and needs, but on external validation, and the belief that only if I were super thin and super-model beautiful would I be worthy and lovable.)

Great observations, Melissa Dinwiddie. There is often only a fine line between health-promoting habits and unhealthy patterns, and sometimes I am concerned when people seem to be unable to see this.

Where is the line between a healthy commitment and unhealthy obsession?

I used to think that mastery — being The Best, or among the best, at something; being world-class — would lead to happiness.

But what was I really seeking? What would being world-class give me?

If I really dissect it, I think what I really wanted was to be loved. To feel worthy and lovable.

But was the route I was taking to get there, becoming world-class, actually going to get me there?

Being world-class at something certainly garners a lot of admiration. And envy. But close human connections? Not so much.

So while it felt like being world-class would finally validate me and make me feel enough, it’s a bit like eating a bird for its song: not actually a useful tactic for achieving the underlying goal.

Think of Olympic athletes, who give up a lot to get to the Olympics. Think of world-class musicians, who spend their lives locked in a room, practicing.

Back when I was a teenager, I would have given everything to dance at the level I aspired to. It was so important to me that I dropped out of UC Berkeley, flew to New York City and auditioned for Juilliard, and when I got injured during my year there, my sole focus was getting well enough to dance again.

For five years I was on the quest for the miracle cure, and I remember not caring if I could ever walk without pain again, if I could only dance again!

Now, from my perspective of present time, I wouldn’t make that trade.

Success — external success — and mastery were more important to me back than happiness, because in my mind they were what would bring me happiness.

And now, the year I will turn 50 (!), things have shifted so far in the other direction. My younger self would look at me in disgust and say I’ve settled.

And she’d be right, in the sense that I’m no longer willing to make my life miserable in the pursuit of excellence.

So, yeah, I’m never going to achieve the levels of excellence that I dream about.

And yet I’m so much happier now than I was back then.

Now, I haven’t given up the pursuit of excellence. I’m a very driven person, and I am always going to pursue excellence. I am wired to be driven.

I’ve just gotten clearer about which sacrifices I’m willing and not willing to make. And most importantly, I’ve gotten clear about what I’m really seeking underneath it all.

Instead of seeking enoughness through impressing others — which is, I confess, really what I used to do — I have a much more solid grasp on my enoughness.

The Gifts of “Settling” for Imperfection

Accepting myself as enough allows me to share a lot more freely!

I don’t feel I have to wait until something is perfect to share it, because I now understand that the imperfection of my creations does not take away from my value as a human being. (Click to tweet!)

Practicing self-compassion and imperfectionism very intentionally for the past handful of years has made such a huge difference.

I no longer feel that I’ll only achieve enoughness when I achieve world-class mastery and excellence.

I have come to accept myself as enough right now.

My worthiness doesn’t depend on how amazingly skilled I am. It’s who I bring to the table that really matters — how myself I am — not what impressive things I can do. (Click to tweet!)

Or how flat and ripped my belly is.

(Thank goodness, because it’s probably never going to be flat and ripped. Oh, so sad!)

That’s what I have to say today. I hope there’s something in here that you find useful.

And now, I’m off to get a workout in before my husband comes home!

The thing you do first is the thing that gets done.

The imperfection of my creations does not take away from my value as a human being.

It’s who I bring to the table that really matters — how myself I am — not what impressive things I can do.

Resources In this Episode

Create & Incubate Retreat, August 17-21, in Los Gatos, California (only one spot left at the time of recording!)