Why do we creative types do what we do?

No, I’m not going to attempt to answer this ultimately unanswerable questions, but I have some thoughts. Mostly they’re still muddled, but a recent online interaction shone a bit of light on the mud. 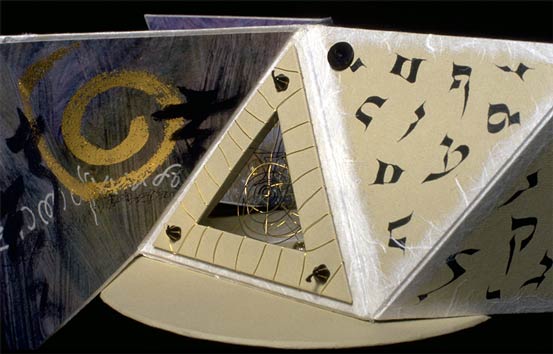 I create to connect with people

C. Robin Janning stumbled across my work recently, and was so struck by the piece shown here that it brought her to tears.*

Something that I dreamed up and created with my head, heart and hands touched another human being.

That alone is like a drug, keeping me coming back for more. It’s definitely part of the magic of making music, or performing a dance: touching your audience, getting a response from them, making them feel something.

But I’d create even if there were nobody around to be touched by my work, even if I were the last human on the planet. So connecting is not my sole, or even main reason for creating. 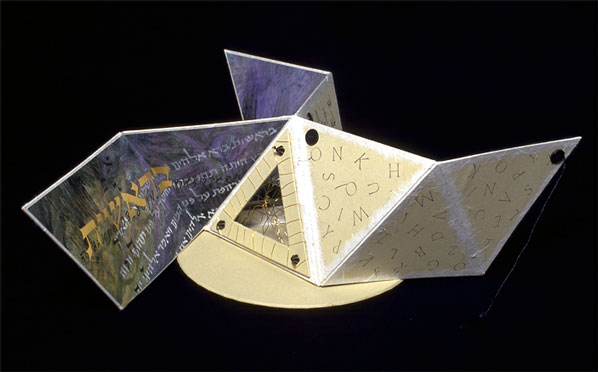 I create to feel alive

When I made this piece, Kinetic Metaphor: Three Alphabets of Self, back in 1998, it was my opus. For weeks I ate, breathed and slept it. I was constantly thinking about the design, how to engineer the structure, what materials to use, what it meant to me.

My unconscious and conscious minds were engaged in a dervish of a dance that kept me awake at night, and yet strangely energized all day long.

This is what happens when I’m caught up in the middle of a creative project. Every cell in my body sings with excitement! I’m woefully under-rested, physically exhausted, but absolutely alive.

I love this state, and can honestly say I think much of my life is spent in a quest to recapture it. It’s part of the magic of being in the limelight as a performer: for that brief moment onstage, it’s as if I’ve got a direct connection to the Source.

Although every creative project gives me that alive feeling to some degree, it’s not always as intense as when I created Kinetic Metaphor (which is perhaps just as well, as I might die from lack of sleep).

Naturally, the projects that evolved from these whirling dervish moments hold special meaning for me. The process of creation, more than the end product, is what drives me forward. The finished artwork itself is essentially the energetic trail of the the creative process – like a message written in the sky by an airplane – the physical evidence that this experience existed. Of course, if the creation is temporal – a musical moment, for example – the energetic trail and the creative process are one and the same. 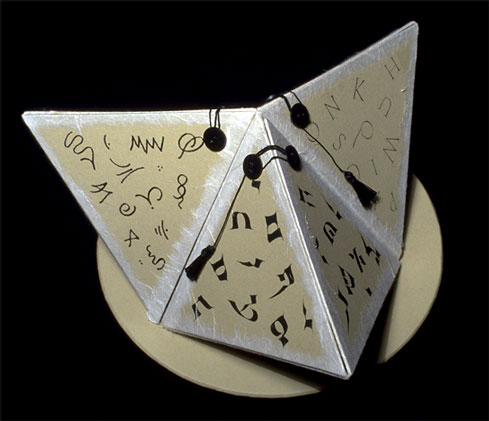 I create to live forever

I think this is true. It may not be what drives me to create, but I have to admit there’s something strangely comforting about the idea that my creations may live on after me.

Since I don’t have kids, I’m not passing on my genetic code (although I like to think my nephew – who has my hair – has a bit of me, since I high school genetics told me that my brother and I share 50% of our genetic material, and my nephew got 50% of that from him), yet I’m not immune to the human drive to leave a bit of myself behind.

My legacy is in the way I touch others, what I share with them directly – in my relationships, through teaching, through performing – as well as in the creations I leave behind. 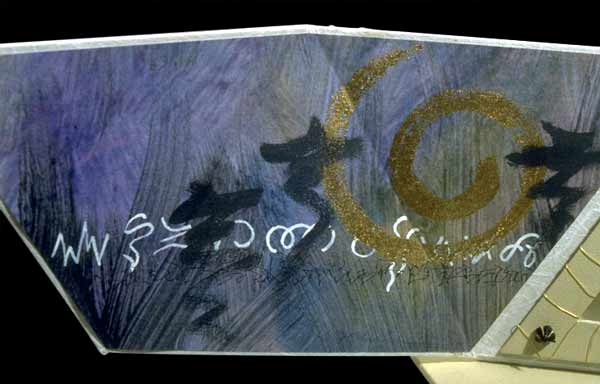 I create because I have to

I don’t know how else to put it. I personally think that creating is part of being human, but perhaps that’s because I’m a Creative, which is the lens through which I view the world.

Why do you create?

*Robin asked my permission to feature Kinetic Metaphor on Episcopal Cafe. Um, no brainer! Be sure to read Robin’s lovely post, Art as Courage, Promise and World-View, which features several views of the piece. You can also see images on the Episcopal Cafe home page.

(I must admit it’s a little… amusing to see this Jewish girl’s work on the home page above the title “Christ reigns.”)