1) You muck around in the Creative Sandbox, feeling like you’re making no more productive progress than you would be in an actual sandbox, moving sand from point A to point B.

2) With enough mucking (over a period of minutes, hours, days or even weeks), eventually something “catches,” and you feel that inner switch flick on. Your pulse speeds up a bit, your breathing speeds up (or maybe slows down?) perhaps your pupils even dilate.

You achieve a state of Flow.

All very well and good, but the piece that is emerging is not fully baked yet. Now what?

You’ve reached that spot in the process when the next move you make could make or break the piece. Sure, a mess-up can be altered, and the end result can be even better than your original intention – you know this – but still you’re momentarily paralyzed.

You want it to work. Now.

3) Alas, the brilliant, “right” solution is not forthcoming. So you stew. Maybe you go back to step 1 above and muck around some more on something different altogether.

5) Then, maybe even without thinking, you randomly try something else – and YES! That’s IT! It’s nothing like you were expecting or planning, but it works, and you can tell by the look of inevitability that it’s right.

Or maybe the whole thing is totally ruined and you’re back to the drawing board.

The thing is, the mucking about is always part of the process. There may be more of it, there may be less of it, but it simply cannot be avoided. It’s a natural law, so the key is to get used to it, and don’t let it stop you.

Hooray, hooray! I’ve hit the triple digits with my email subscriptions! Big thanks to Skaja Wills (@skajaw) for pushing me over the top, and to the flurry of subscribers who’ve signed up since then. You make my day!

My original thought was to give the art giftie just to members of the official “100 Club,” as I’ve taken to calling it – just the first 100 subscribers.

But then I thought, why limit it? Why not share the love?

And because I’m dictator around here, I get to make the rules, and the rules are these: Anyone in my subscriber database when I send out the link gets the giftie. So be it.

But, you ask, what exactly is the giftie?

Ah yes, well, that’s where I could use some help.

I mucked around all weekend, and for the past few days (in the wee hours of a few insomniac mornings, as it happens), trying to come up with a piece worthy of gifting to you, and I spent more time in step 1 above than I would care to admit. (Can you say “pressure”? Oy!)

It wasn’t until this morning that I finally hit paydirt (insomnia seems to play a disturbingly positive role in my art production). Four pieces, not just one, emerged, and I need your help determining which one to convert into a hi-res printable download for the 100 Club (or, more accurately, since I’m a generous and benevolent dictator, the 100+ Club).

I know which is my favorite (actually, two of them), but I’m not going to tell you – I want to hear from you which one you would like as your very own.

Keep in mind that I have no control over how these will print out over in your part of the world. (But if you really like a piece you can always buy a print or the original – until I get them posted for sale just email me for details.)

So, without further adieu, here they are, in no particular order (and yes, all but the top one were torn from the full sheet shown in the pics above). Vote for your favorite in the comments: 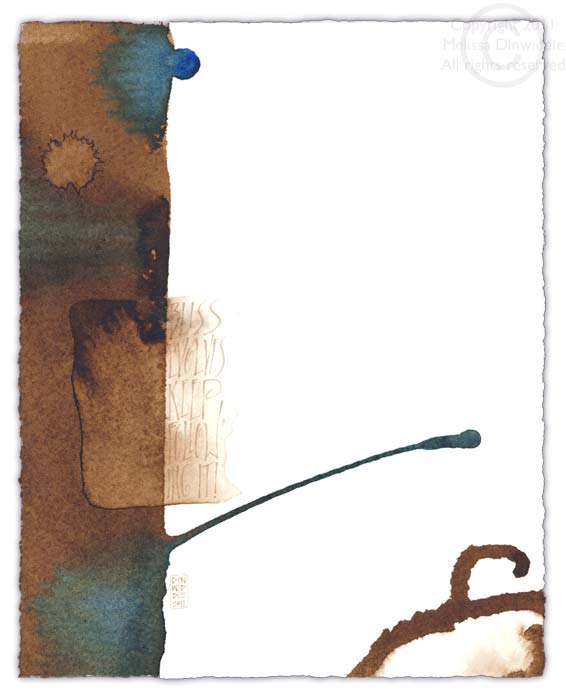 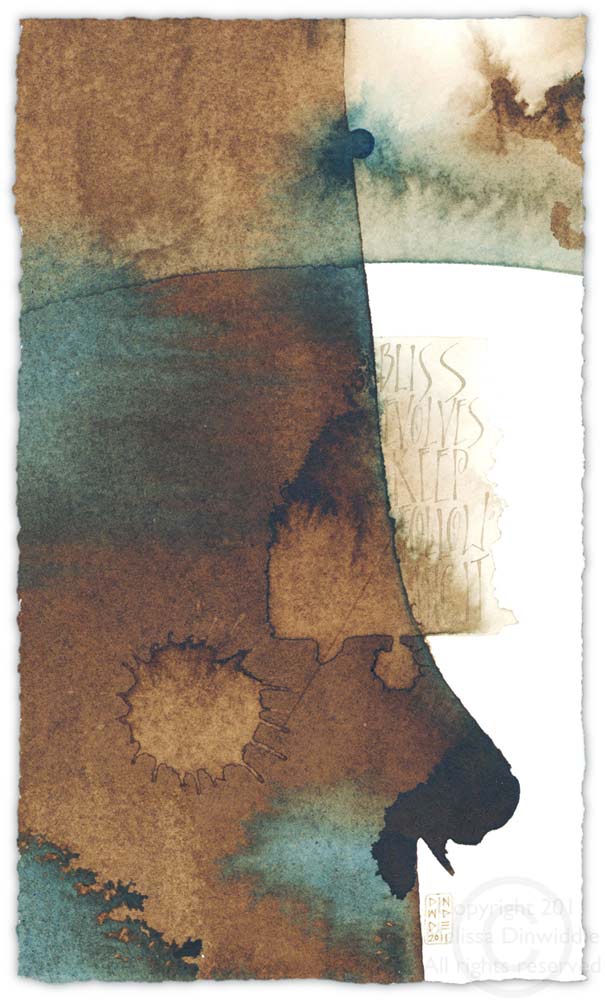