On Sunday I got back from a five-day retreat hosted by my beloved calligraphy guild, the Friends of Calligraphy. I’d been counting the days to the retreat for months.

The first time I went on this retreat was in 2002, and since then I’ve only missed one FOC retreat in twelve years. In the words of one of my fellow retreat regulars (though to be fair, with only one out of the 32 of us a newbie, the retreat has a way of making everyone who attends a regular):

“The retreat is non-negotiable.”

I block the time off in my calendar a year in advance and save up the money to go because when I give myself an unbroken stretch of creative time and space, in community with like-minded souls who are also all creating, what happens is nothing short of magical.

This year was banner in the productivity department: I came home with 10,700 words of my book — the entire first section — plus sketches for a cover design concept, and three new ArtSparks.

I’ve often longed to capture the prolific energy of retreat at home, and just about every year I’ve set the goal of creating a “staycation retreat” at home… but alas, I’ve never managed to make it happen. There’s something powerful for me about physically removing myself from the distractions of regular life, and it’s just really hard to avoid those distractions when I’m in my regular life environment.

Of course, retreat has additional elements that compound its magic: a community of wonderful people, a beautiful environment, and three delicious meals served to me three times a day, so I can focus 100% on creating.

Still, that doesn’t stop me from looking for ways to get a little bit of Retreat Spirit at home.

This year I realized that, in fact, there is a way I have managed to bring Retreat Spirit into my life away from the retreat, and it was my incorporating a new practice that I started on retreat that helped me both build in that Retreat Spirit, and recognize and honor it.

To illustrate what I mean, I need to back up and explain that morning is one of my most creative times, and knowing that, combined with the realization that the thing I do first is the thing that gets done, (click to tweet this!) has led me to become increasingly protective of my mornings.

With the exception of Skype meetings with my business partner and fellow Poobah of Play, Kelly, for our annual Playing Around Istanbul workshop in the fall — because she lives in Istanbul and my morning/her evening is the only feasible time for us to meet — I’m pretty vigilant about scheduling no appointments in the morning.

This is my time to meditate, do some targeted stretches, and write in my journal. It’s when I strategize and plan for my business, and a lot of blog posts, newsletters, and other “pieces of content” are born in my morning journal time (this post being a good example!)

I do all of this morning ritual stuff in my bedroom, journaling while propped up in bed, and as a result, my bedroom has taken on the spirit of a sort of cocoon, a womb, a creative cave.

Something shifts when I finally step out of my bedroom and into the rest of the house. Even though I’ll check email in bed on my iPhone, as long as I’m still in my bedroom there’s a sense of a barrier between me and the demands of the outside world.

As soon as I cross the hall to my studio, that barrier dissolves, and the rest of the day begins, with its deadlines, demands, and distractions.

Deadlines, demands, and distractions are absolute poison if you’re trying to write a book.

The Birth of a New Practice

To get this baby born requires consistent writing practice, and it is really hard for me to stay focused on writing when I sit down at my iMac in the studio. No matter how I hard I try to re-erect barriers, somehow once I’m at my desk it’s too easy for the outside world to leak in.

While I was on retreat, I got into the practice of typing in bed on an old, 17″ MacBook my sweetie loaned me. There’s a big, common workroom at the retreat, which we call the “scriptorium” for the duration of the week, and normally I like to spend as much time in the scriptorium as possible, because I’m always so energized by being in a room with other people who are also in the midst of creating. But the FOC retreat has designated “silent times,” when not only is no talking allowed, but people are discouraged from doing anything that makes noise.

Since this is a group of calligraphers (even though not everyone actually calligraphs during the retreat), scratching pens are acceptable, but even tearing of paper is relegated to outside the scriptorium during silent times, so I knew my mad keyboard tappings would probably not be welcome.

The Discovery of… the Bed!

Before the retreat I thought about where I might do my typing. There are other spaces I could use, including a library, and the cozy Pillow Room where we hold our opening and closing circles, but I wasn’t sure what I’d end up doing, what would be the most comfortable.

My dorm room also had a little desk, but I once brought an ancient laptop on a previous retreat, hoping to do some writing for my blog, and had found the desk terribly uncomfortable. So this time I didn’t even try it.

Instead, on the first day, after breakfast, I headed back up to my room and tried out typing in bed.

It worked brilliantly! And for the rest of the retreat, with a few exceptions when I absconded to the library in search of a wifi connection, and some chunks of non-silent-time in the scriptorium, I did almost all of my writing in bed — not just in my journal, but also working on my book on the computer.

It may sound ridiculous, but I’d never tried writing on the laptop in bed at home. For a number of reasons, it quite simply had never occurred to me.

For one thing, the laptop has always “lived” downstairs. My sweetie brought it home from work and set it up with an ancient exercise bike at the kitchen counter, as a satellite work station for me when I was rehabbing my knee after major surgery. (I had to pedal (with low-tension, but still) a minimum of 90 minutes a day, on doctor’s orders, and there was no way I was mono-tasking that!)

Though it’s a laptop, and hence obviously portable, at 17″ and clocking in at almost seven pounds, it’s not exactly a pocket device — no MacBook Air, this — and somehow it just never entered my mind to move it from its official spot by the bike.

Plus, without any good word processors installed, it wasn’t really optimized for working on my book. From what I’ve read, and what I’ve learned from my writing coach, Microsoft Word is the industry standard for anyone in the publishing industry, so as part of establishing my author’s workflow, I recently bought Microsoft Office for Mac 2011 and paid extra for the version with two licenses, to install it on two machines.

Honestly, I was dreaming of the time when I’ll have the discretionary income to buy a much lusted-after MacBook Air, but before the retreat I had the sudden realization that — doh! — I could install it on the Monster MacBook in the meantime.

So it was that at the retreat I got used to working on my book in bed every day. For hours every day. All throughout the day.

And because (as previously alluded to) there was no wifi in my bedroom, I also got used to treating this computer as a writing device, rather than as a doorway into the email-and-internet rathole.

It didn’t take long for me to connect the dots. What if I brought the writing-my-book-on-the-laptop-in-bed practice home with me? I could add it to my morning bedroom rituals, and though it wouldn’t be the same as five days (or even a weekend) on full retreat, it would bring a small piece of the Spirit of Retreat home with me.

Just a few days in, this new practice has made me appreciate how, thanks to my morning “bedroom cocoon” rituals, I’ve actually been infusing retreat energy into my “regular life” for awhile now — yay me!

After the 10,700 words I wrote on my book, this realization, along with my “discovery” of the laptop as a bedroom tool, is the thing I came home with that I’m most excited about.

In fact, in the long run it’s even more exciting than the 10,700 words, because of course, if I keep it up, I’ll log exponentially more than that over time.

Even if I write for just fifteen minutes a day, who knows how many books I might birth this way?

The Gifts of Retreat 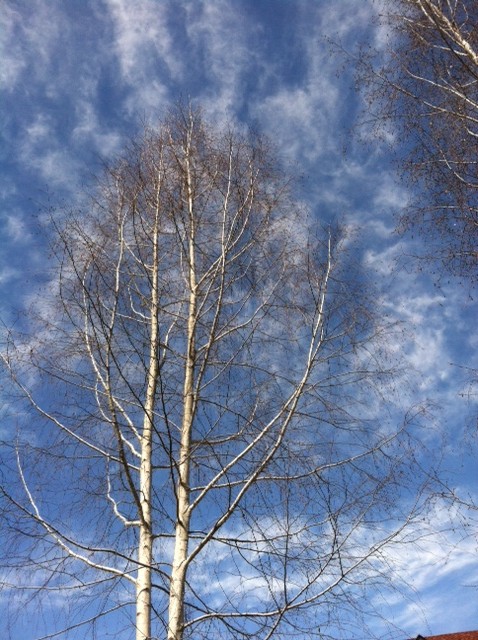 The retreat surprises me every year with unexpected gifts. It’s one of the many reasons I keep going back, and also why I’m starting to host my own retreats, so I won’t have to wait a full year for Retreat Recharge!

My vision is to attend or host some kind of retreat at least once a quarter, and with the FOC retreat in February or March, my Create & Incubate retreat in May, and Playing Around Istanbul in September, I’m actually getting closer to that goal.

Want me to keep you posted when I schedule the next one, whatever season it is? Click here to get on my list for live retreats and workshops, and here for details on my Create & Incubate retreat, May 24-26.

And in the meantime, get on the list for my Book Report — you’ll get updates on the book (including sample sections), exclusive presale bonuses, and the chance to get a review copy before publication.

Then be sure to keep an eye out for things you can do to enhance your own creative practice.)