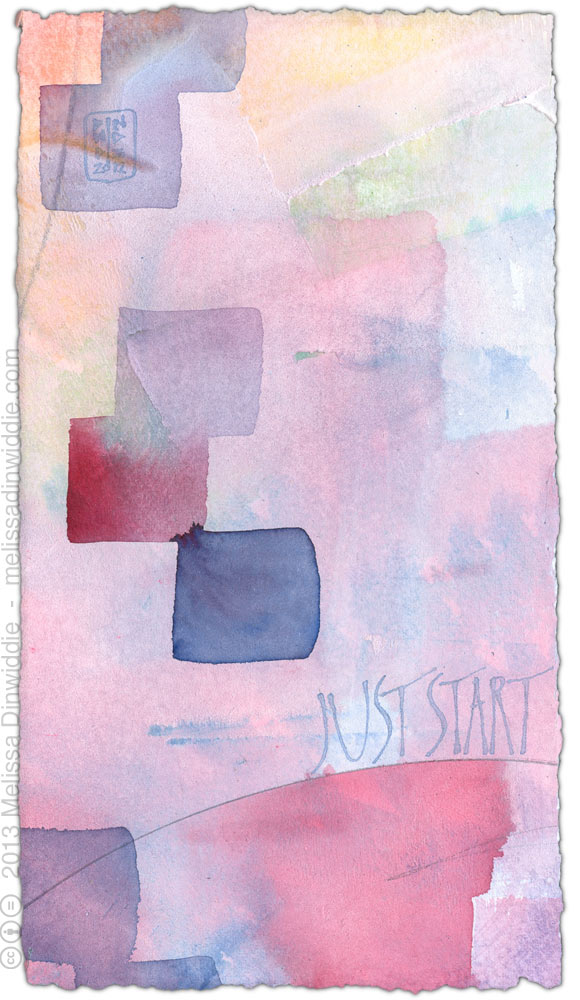 I have been wanting to write a blog post for two days.

What I have mostly been doing for the past two days, though, is not writing a blog post.

No matter how many times I commit to “going pro” and putting my creative work first, there are still times when I fall off the wagon… which is why I always say that the most important practice is just getting back on the wagon. (Click to tweet this!)

Even though I know that the thing I do first is the thing that gets done (click to tweet this!), I still fall prey to distraction sometimes. Some days I can’t wait to get to my writing (or painting, or music — whatever is on the front right burner of my passion pluralite stovetop at the moment), but other days, anything and everything other than the thing I most want to accomplish feels just so much more compelling, interesting, and urgent.

So I get lots of other stuff done (“productive procrastination,” I call it), but not the thing that’s really the most important to me.

What is this resistance? Or Resistance, as Steven Pressfield refers to it, with a capital R. Usually it boils down to some kind of fear: fear of failure; fear of success; fear of proving the gremlins right, and having to acknowledge that I am a fraud after all, that I do suck.

More often than not, though, it’s simply the fear of the unknown.

What do I write about?

What do I paint?

What do I sing?

I know the answer, of course: “Just start.”

Maybe the taps open just a little, but the tiniest of trickles is all you need, because once the taps are open, once something is flowing out — no matter how meager the flow — the flow has started.

Once once you’ve started, well, it’s just a lot easier to keep going.

But the second you fall off the wagon and break the pattern, getting up and running again is just so. much. harder.

You’ve no doubt noticed that starting is almost always the hardest part, and there’s a scientific explanation for this, too: starting friction. (Hat tip to Dave Navarro, who turned me on to this term.)

Definition:
1. the force that must be overcome to initiate the motion of one body relative to another because they have been resting in contact.

This, I believe, is at the crux of most resistance. It’s not always some deep fear holding us back; it’s simply starting friction.

This is why “Just start — anywhere” is such a powerful piece of advice (and one that holds pride of place — spot #5, to be exact — on my Keys to Creative Flow).

How many times have I gotten past sticking points simply by starting? The answer is, too many to count.

Twice in my life I’ve been convinced, after more than a decade of creative stuckness, that my creativity had been permanently quashed out of me. Both times it was simply starting that opened my rusty creative taps again.

More than that, though, just about every time I set out to create anything new — an article, a painting, a song — I feel an almost nauseating sense of chaos and uncertainty, as if I’m reaching my hand into a black hole, up to my armpit, not knowing what I’ll pull out, or even if I’ll get sucked in forever!

(Okay, it’s not always quite that dramatic, but some variation on the theme plays through my consciousness every single time. Every. Single. Time.)

The ultimate point, though (and I do have one), is that even though I know all of this, I still fall prey to it, over and over again. Which is why my Golden Formula is:

It does no good to beat myself up when I fall off the wagon. In fact, scientific studies have shown that people who practice self-compassion when they stumble are much more likely to achieve their goals in the end than people who lash themselves.

So I notice how it feels when I don’t do the important creative work that I most want to get done.

And I remind myself that I’m only human, and that everyone stumbles — it is part of our common humanity.

And I assure my sweet self that a day or two lost is really not a big deal in the scheme of things, and ask myself what I can do to gently guide myself toward the thing I most want. (No piling on additional commitments, to “make up” for what I didn’t do in the past: if my original goal was 15 minutes, and I miss a day, the worst thing I can do is make tomorrow’s goal 30 minutes!)

Then I just start. And before I know it, I’ve written a 950-word blog post.