It was June of 2010, and my parents were looking mighty spiffy.

My mom positively glowed in the wedding dress she’d kept in pristine condition in the attic for fifty years.

My dad looked sharp in the same style of white coat, narrow-lapel tux he’d worn in 1960.

I sang during the cocktail hour with a jazz trio at the big bash party they hosted at the restaurant.

But my real gift to them was the book I made them. 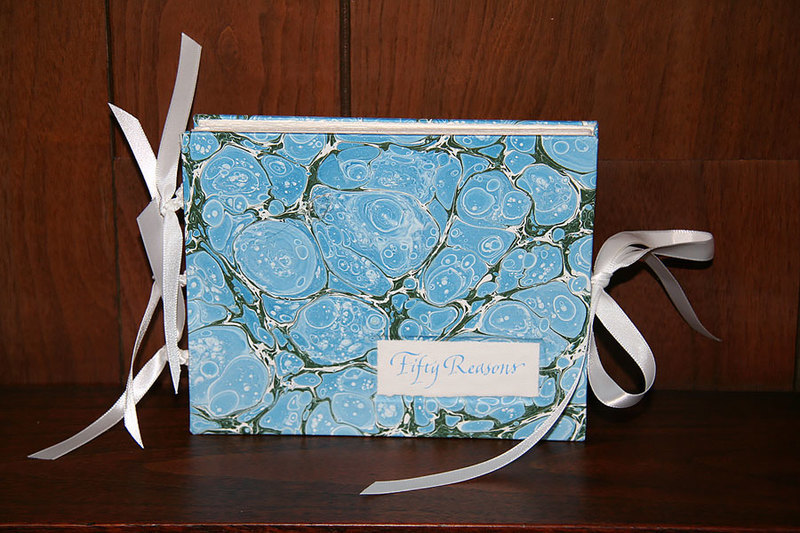 END_OF_DOCUMENT_TOKEN_TO_BE_REPLACED

“I’m not going to do that,” I said to myself. “I have no need. I’m creating like a fiend! Why would I bother to add one more thing to my plate?”

That was the logic inside my head before the start of the very first creative challenge inside the Creative Sandbox Community.

I’d been thinking of offering creative challenges for a long time in the Sandbox — after all, daily prompts for a limited time are a great way to rally a community to get creating and sharing together. 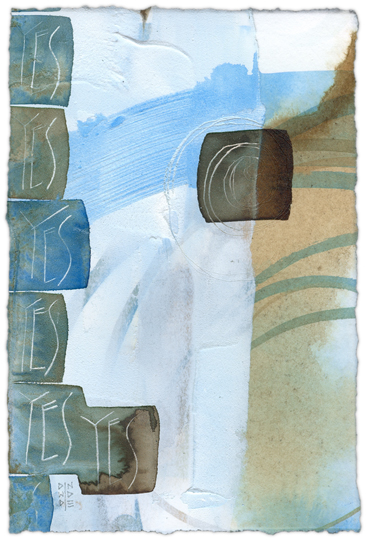 I’m a real tender heart. Sometimes a glimpse at a disaster like the ones most recently in the news will take me down a rat hole of thinking about all the suffering that’s going on in the world, and I can barely function.

How can I be joyful and nourish my own creative spirit when people are suffering?

How can I go off on retreat to make art when there are children dying in Africa? 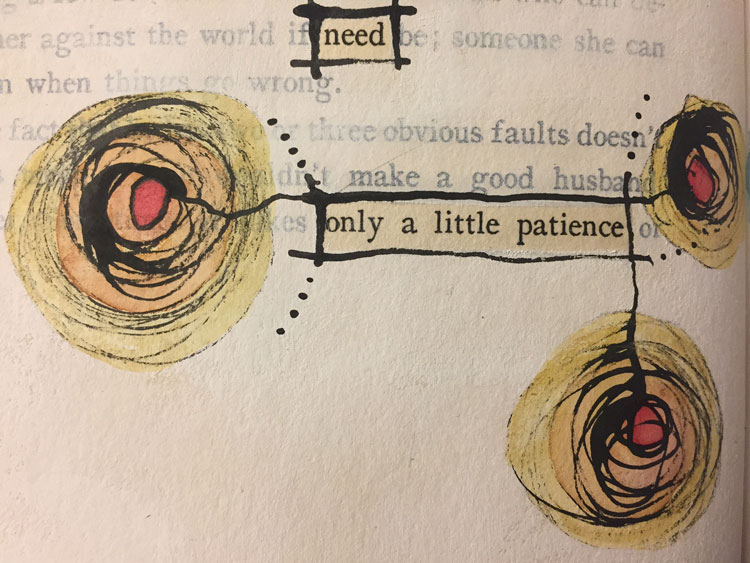 You already know that I teach people how to push past fear, self-doubt, resistance, and the procrastination it leads to, in order to get creating — whether that means making art every day, or getting that website up, or finally teaching that class you’ve been longing to teach.

But just in case you were under the impression that maybe I don’t struggle with these things myself, that a professional Creativity Instigator such as myself never gets stalled by fear, let me assure you that I do.

Ever since last August (at least!), I have made public speaking my big goal.

Yet it took me until last Saturday to finally publish a speaking page on my website.

You probably already know that I love to perform as a singer and improvisor, so what gives?

You’d think public speaking would be a breeze for me, right?

You’d think that slapping up a speaking page on my website would be a simple matter, right?

It took me at least 8 months after setting the goal to actually get that page up!

That is Resistance with a capital R.

Because this public speaking goal scares the heck out of me.

Not so much the getting onstage part.

Yes, I get nervous, but after 11+ years of singing onstage, plus another decade of leading services for my synagogue before that…

…being onstage in front of an audience (of any size*) doesn’t terrify me anymore.

(Anymore being the operative word here. Believe me, it used to terrify the breath right out of my lungs. I’ve gotten comfortable performing only by doing it.

No, I’ve learned to love performing.

That’s not what scared me.

I’m actually comfortable calling myself a singer and improvisor (now).

But stepping up as a public speaker? THAT is a whole new animal.

In order to really own that I’m a speaker, I have to own that what I have to say is valuable enough for people to want to hire me. And THAT is where my gremlins go nuts!

“Nobody will take you seriously!”

“Creative play as world-changing?! Who do you think will hire you to talk about that?! You’re crazy!”

And anytime my gremlins see me making moves towards action, they’ll hit me with…

“Ha! You’ll never get hired, because you don’t have a professional video demo reel!”

“You can’t possibly get a professional demo reel, because you need a gig to get video, and you can’t get a gig without a demo reel!”

Remember: the more important something is to you, the more resistance you’re likely to feel. (Click to tweet!)

That’s why it took me over 8 months to get a speaking page up.

I knew I was stalling.

I knew it was gremlin chatter.

But I still let the resistance win.

I did not implement the keys that I teach in my webinar, 6 Keys to Eliminate Procrastination and Unlock Kickass Productivity (which I’m offering again tomorrow! Click here to register to join me live AND/or get the recording!)

The fear is so great that it slows us down to a snail’s pace.

It’s okay. This is part of being human.

Our job is to just keep picking away.

Acknowledge the fear (which takes self-awareness, and awareness is progress!)

And just keep taking baby steps — even nanosteps — toward your goal.

And of course, treat yourself with great gentleness and compassion throughout.

(Do you recognize my Golden Formula there? Self-awareness + self-compassion = the key to everything good. 🙂 (Click to tweet this!))

If you keep at it, eventually you’ll be able to push through the fear enough to make it past the milestone that felt impossible before.

What are you scared of?

If you’re ready to push past that fear and finally tackle your procrastination head on, register here for my free webinar! 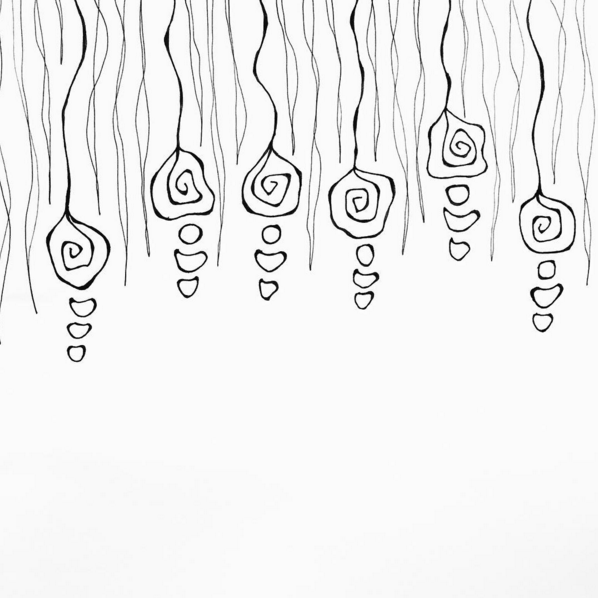 For almost two weeks now I’ve had a new creative practice, doodling in bed every morning, playing with black line on white paper. I never know how I will start, and I never know what is going to emerge.

Even though all I’m using is a humble black marker, this is Creative Sandbox play at its best, totally detached from the outcome.

And the cool part is that END_OF_DOCUMENT_TOKEN_TO_BE_REPLACED

I’ve been trying an experiment lately.

Instead of waiting to do any art-making until after I’ve completed the rest of my morning ritual (which can hear all about here), I’ve been taking 15 minutes first thing after I wake up to draw in bed.

I always say, “The thing I do first is the thing that gets done,” and when life gets busy (which is most of the time, really!), it’s all too easy for creative sandbox play to not happen at all…

Hence this experiment: unless I have to rush to be somewhere (which rarely happens, because I do my best to avoid morning appointments!), at least I get 15 minutes of art time to start the day.

And that makes me happy! 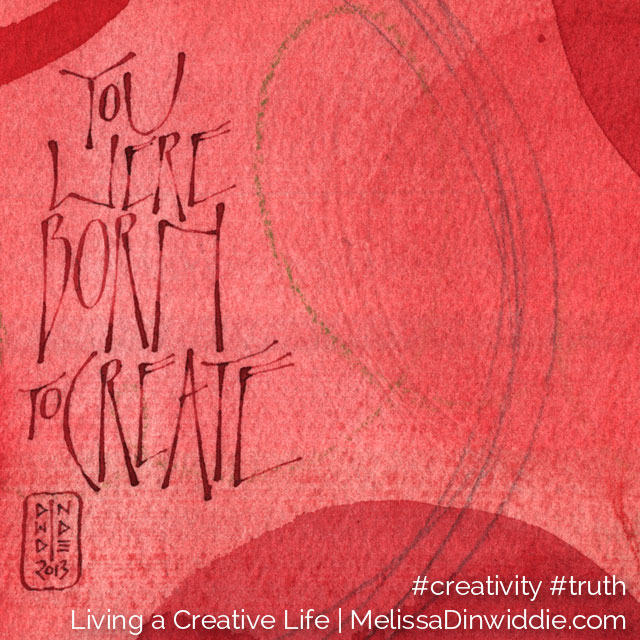 The only difference between artists and everyone else is that artists never lost their natural-born entitlement to create. Or if they lost it, they were able to find it again.

The beautiful thing is that we were ALL born with that ability, that entitlement, that love of exploring and creating, and no matter what age you lost it–7, 12, 18, 29–you can reclaim it at any time, at any age.

It’s yours for the taking. All you have to do is END_OF_DOCUMENT_TOKEN_TO_BE_REPLACED

See, fantasizing about something does not make it come true. Unless you take action. And that means taking action even when END_OF_DOCUMENT_TOKEN_TO_BE_REPLACED 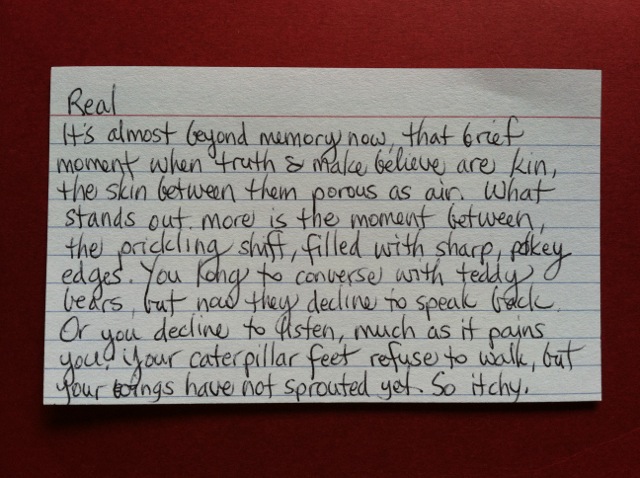 I was already a believer in the benefits of a tiny and daily creative practice (namely, daily keeps your toe in the creative stream, and when you keep your commitment tiny makes you a thousand times more likely to actually make it happen, plus it helps you get back on the wagon when you stumble), but so far I’d END_OF_DOCUMENT_TOKEN_TO_BE_REPLACED 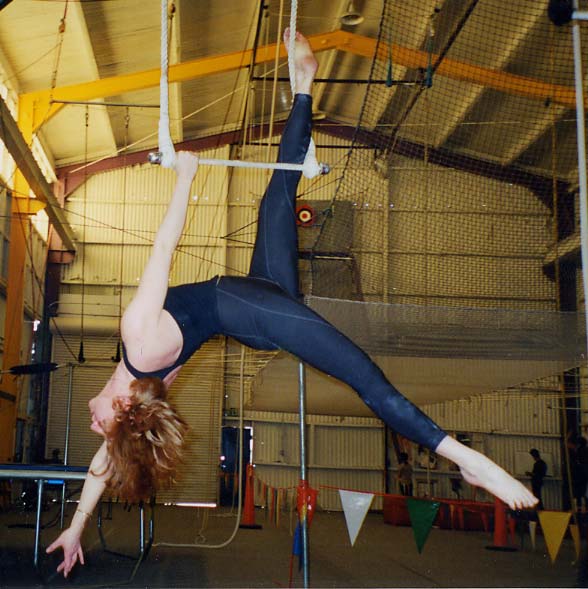 Years ago, the year I salsa-danced my way through my divorce, I was having tea at a friend’s house, chatting about this and that, when she casually mentioned something about her flying trapeze class.

I mean, it’s not every day that you meet someone who does flying trapeze, so I was beyond intrigued. I had to know more.

So she described to me how you climb a very tall ladder — 40 feet up — to a teeny, tiny platform, maybe two foot wide by five feet long, where one of the teachers snaps a rope into END_OF_DOCUMENT_TOKEN_TO_BE_REPLACED 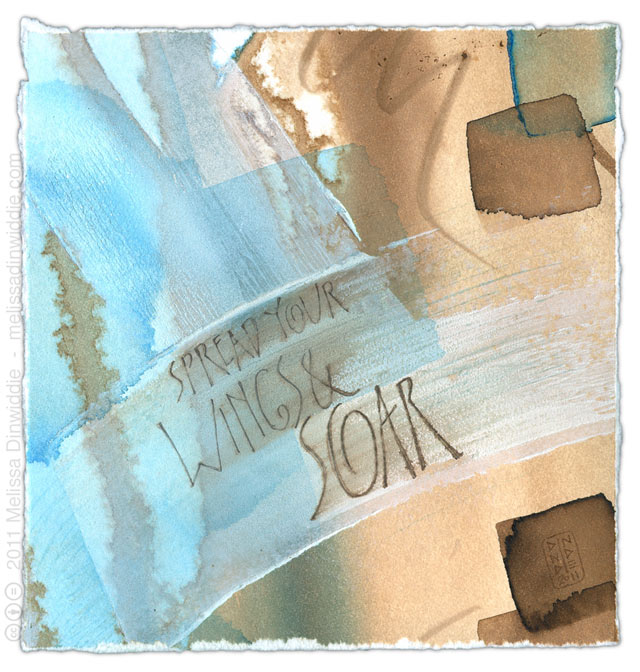 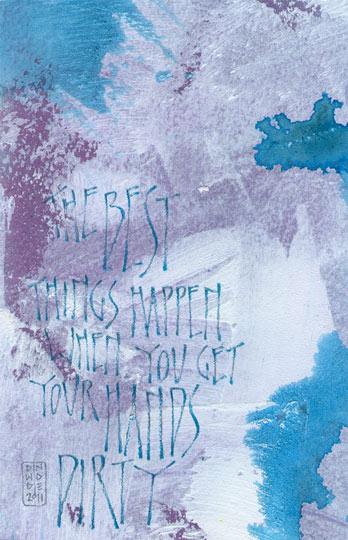 I don’t know about you, but my creative process goes something like this:

1. Ack! I’m stuck! I can’t possibly do this, and don’t even know where to start!

2. Okay, I’m doing something, but geez, it really sucks…

5. Ummm, I don’t want to admit it, but END_OF_DOCUMENT_TOKEN_TO_BE_REPLACED