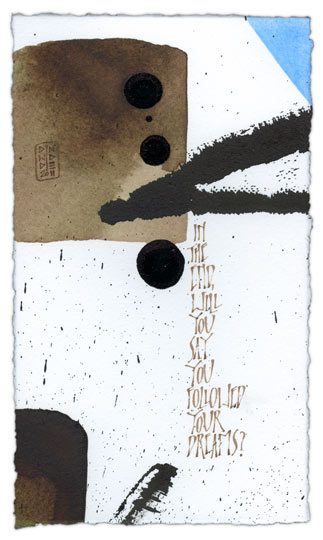 You’re a Creative. You you need to express that inner creative drive. In small ways, in big ways — it doesn’t matter.

For Creatives, the act of creating — whether it’s painting or drawing or writing or making music or anything else — is essential. You have to create to feed your own soul. If you don’t, you feel like an animated mannequin, plastic and hollow.

But deep down (or perhaps right on the surface), you also want to touch someone (or even better, many someones) with your creations.

Let me ask you this: when you take your leave of this planet, what would you have to have accomplished in order to look back with pride?

I just read two free manifestos — both released yesterday — that address this very question. If you want to leave a legacy, if you dream of being like your success heroes, download both and read them today.

The Tower, by Chris Guillebeau 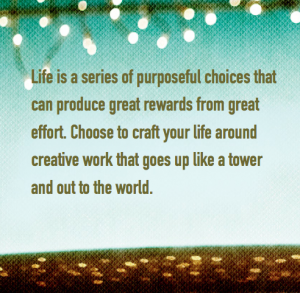 Chris Guillebeau is my Success Hero #1, for the simple reason that I discovered him at a critical moment, and as a result he became one of the big inspirations not only for this blog, but for embarking on the quest to create the life I really, really want. The title of Chris’s latest manifesto, The Tower, comes from a computer game he got hooked on while flying to Europe on one of his many jaunts across the globe.

The game became a bit of an obsession for him, and when he ruminated on why that was he realized,

The feelings we receive from a well-designed game closely replicate the feelings that we want to have in life.

The tower game gave him a clear goal, the ability to make continuous improvement over time, rewards and achievements, specific deliverables, and influence over the world contained within.

Yet aside from entertaining Chris, there was no good reason for any of it.

What if, he wondered, the laws of a simple game could be applied in real life? What if, instead of applying motivation to building imaginary worlds, we could learn to harness it for something truly useful?

We must work on our lives the way we would work on any other project. Instead of knowledge, pleasure, or happiness, the purpose of life is to create something meaningful that will endure after we’re gone.

The rest of The Tower focuses on how to go about doing that.

The Flinch, by Julien Smith 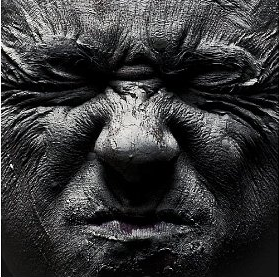 Another of my Success Heroes, Jonathan Fields, posted an interview yesterday (worth watching) with author Julien Smith, who just released a two-word-title free manifesto of his own, The Flinch.

Smith urges readers to a similar result — do great work! leave a legacy! — but where Chris Guillebeau’s The Tower manifesto inspires you to aim high, The Flinch offers some boot-camp-style training for getting past what gets in the way, so you can make a difference.

He starts out describing a boxing gym, where he goes to watch people fight, and where he notices a fundamental difference between real boxers and everyone else: if you hit them, the guys who have trained don’t flinch.

The Flinch is all about how to train yourself not to flinch. How not to let our instinct to draw back or shrink from the hard, the painful, the unpleasant stop us, so that we can do the important things we want to do.

I’ve written elsewhere that the only difference between you and your heroes is that they just do it. Smith puts it this way:

Fact: Those who face the flinch make a difference. The rest do not.

“There are enough viewers,” Smith writes.

His goal, with The Flinch, is to turn you into a player.

Download and read these free manifestos now. Then come back here and let me know your reactions.