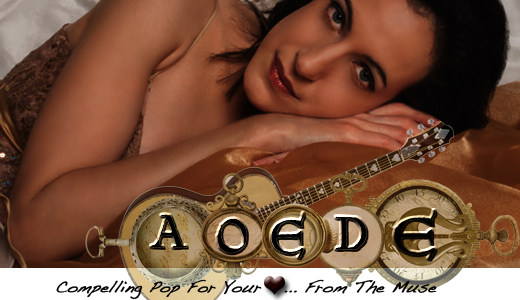 Aoede will be my special guest at my September hangout, this coming Wednesday at 10am PT (sign up here — it’s free!), and today I have a little sneak-peek.

An appetizer, if you will. A 10-minute audio interview with me and the muse herself.

Pronounced “A-E-D,” Aoede is named for the muse of song, one of the three original Muses of Greek mythology. And as you’ll see (or hear) in this interview, her choice of a stage name has proven to be… prophetic.

I met Aoede some years back at a seminar on guerrilla marketing for music artists (you knew one of my creative passions is music, right?), and we’ve kept in touch since then, cheering each other on via email. I’ve watched with delight as she’s won award after award, and put out fabulous albums, despite some pretty serious physical challenges. 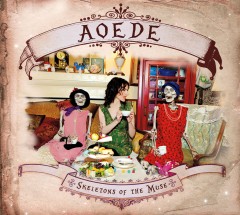 A few months ago, Aoede released her latest album, Skeletons of the Muse, and I had the great pleasure of opening for her at her CD-release extravaganza. (I’m not sure what else to call it. It was way more than a CD-release concert or a CD-release party. It was a multi-media event! Aoede doesn’t do anything by rote.)

Aoede inspires me because she puts her art first. Similar to my own 15-minutes a day challenge, Aoede made a commitment to herself to put at least an hour a day into her art.

What that means, though, has turned out to be more fluid than she expected, as you’ll hear when you listen to the interview. Click to have a listen (or right-click to download):

Join me and Aoede at the Living A Creative Life monthly video hangout on Wednesday at 10am PT! When else will you get such a golden opportunity to convene with the muse?

And be sure to visit Aoede online: you’ll find links to all her online haunts at aoedemuse.com.