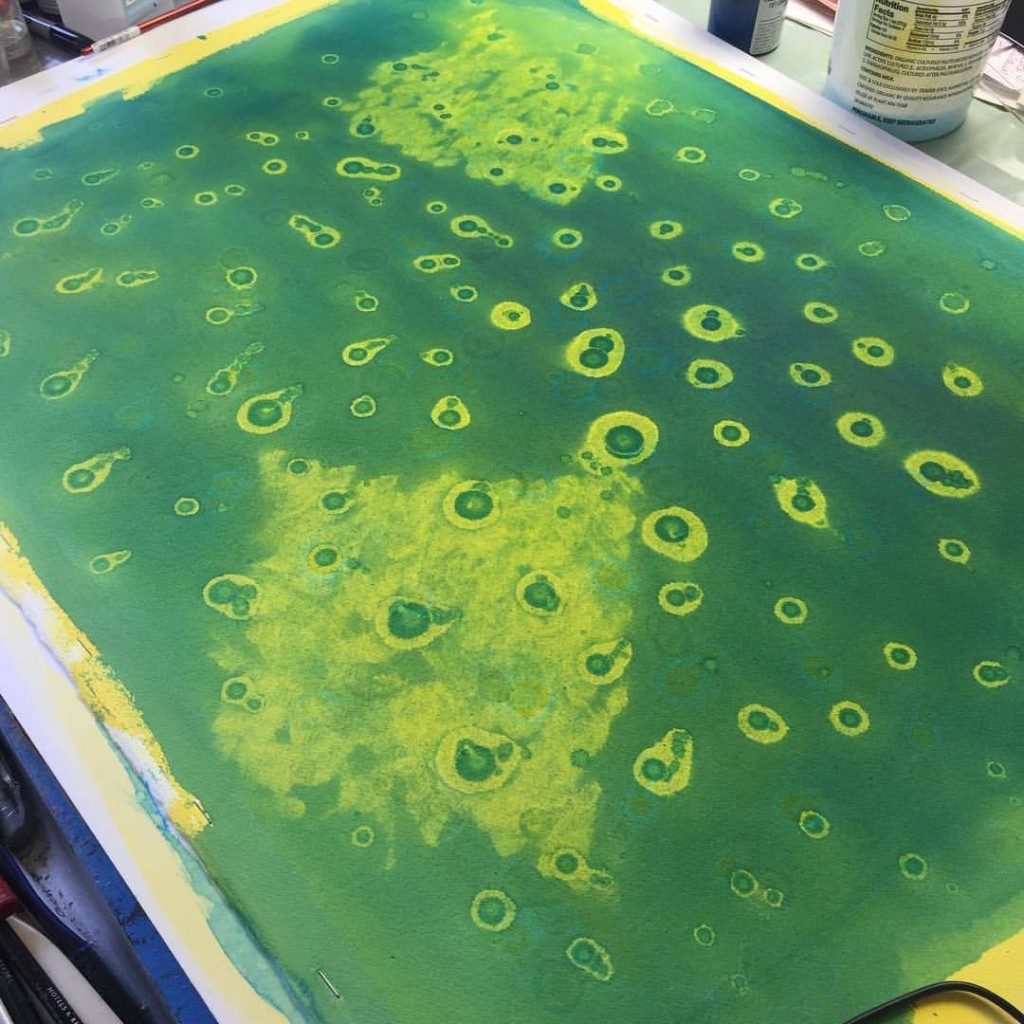 We do that a lot, because although we don’t have a dog ourselves, my parents do — a German Shepherd named Chloe — and that’s the arrangement we have with them: anytime they travel (which they do a lot, especially to visit their grandson, who lives on the other coast), Chloe comes to live with us.

And this time, Chloe got sick.

As in digestive tract sick. Both ends.

And one thing about Chloe, is that she has this habit of walking while she poops. I have no idea why.

She’s perfectly still when she pees, but when she poops, she takes a hike.

It makes our back yard into a bit of a land mind situation.

And yesterday, well, you know the artist Jackson Pollack?

That was pretty much our living room. Except with dog poop.

Though to be fair, it hasn’t been white for quite some time. It was white when I moved in, 11 years ago. I wanted to replace it then (I mean, what pet owner in their right mind would have white wall-to-wall carpet?), but didn’t have the funds.

And even though we have a shoe-free household, the carpet has been far from white for a long time.

The stains have accumulated, and then with our recent kitchen remodel we had workmen tracking in and out (in shoes, of course).

And we got a tax refund that we planned to put toward FINALLY replacing the horrible (formerly) white carpeting with bamboo flooring.

And since we’ve known the carpet was on its way out anyway, it seemed like there was really no point in spending money and energy to clean it.

What would be the point?

But Jackson Pollack dog poop all over has a way of bringing everything into focus.

It made me realize how much I tend to live in the future, rather than in the here and now.

Yes, the carpet is eventually coming out. But due to logistical issues too complex to go into, the bamboo floor may not actually go in for a couple of months.

And honestly, I don’t think I can stand living with Jackson Pollack dog poop carpet for all that time!

Paradigm shift: I can actually take some time and energy (and financial resources) to make RIGHT NOW a little better, even when the bigger resources are going toward making the future a lot better.

Sound familiar? Am I the only one who deals with this?

So my question for you, if you also tend to live in the future a bit more than the present, is:

What small thing can you do to make your Right Now Reality even a little bit better, while you continue to brew up your Future Reality?

For me, it’s getting the carpets cleaned, even though they’re getting ripped out soon. What is it for you?