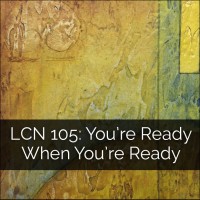 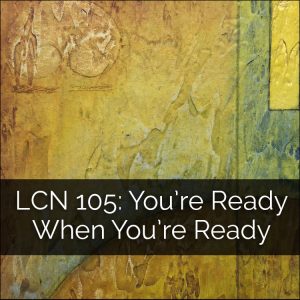 Last night MM and I sat on the couch for a good hour after dinner for no purpose other than to marvel at our new living room.

Or, more accurately, at our newly reclaimed living room.

There was nothing new in the room except space. And there was a lot more of that, because just a few hours earlier College Hunks Hauling Junk had come and hauled away a quarter truckload of stuff that had accumulated all throughout the house:

All of which furniture items stored things that we either got rid of, or were able to move because of other things we got rid of.

Bless my husband for his sudden willingness to release books back to the wild! I seriously did not think that would ever happen!

We took four enormous boxes of books to the Friends of the Library on Saturday, which enabled us to consolidate all of our living room books to one big bookcase, plus spillover into a rolling cart that holds photo albums, and my sewing cabinet for tall coffee table books which are too tall for anywhere else, and which I’m not quite ready to let go of yet.

(There’s only so much releasing a person can do at one time. Be gentle with yourself if you don’t get to everything! It’s like peeling layers off an onion. This is what, the fifth or sixth major clutterbust for me over the past three or four years. I still have many pockets still to tackle, but hey, as my lousy ex-boyfriend used to say, better is better!)

So now, because of the books and stuff we were able to release, which let me move the remaining books and stuff around, we took four pieces of furniture completely out of the living room!

And with Silicon Valley Open Studios coming up May 13-14, this could not be more timely!

Anyway, the real point of all this, the reason I wanted to share this with you is that last night I truly was marveling at our new space. It’s still in-process and messy — there are screws in the walls that used to anchor the IKEA towers to the wall in the event of an earthquake; I havent’ even begun to hang paintings in a thoughtful manner; it has been purged, but not decorated yet.

So when I sent my parents a snapshot and my mom texted, “you could be in House Beautiful now. It looks terrific,” MM quipped, “Maybe House a Bit Better.”

But it is So. Much. Better!

I feel almost like we could be in one of those IKEA home photo shoots, where the couples never look like clutterbugs!

It’s nothing short of a miracle.

AND the way we got here is twofold:

This is the closest I’ve gotten to tidiness nirvana in my LIVE, and it has taken me years. It may not take you years — maybe you’ll read the latest Marie Kondo book or hire a pro and you’ll be off to the races.

For me, though, there was so much emotional and psychological attachment to my clutter that I had to peel the layers off a few at a time.

When you’re ready, ther’es nothing like a deadline, with someone else waiting on you. I had two college students coming to haul stuff away on Monday, so we were incentivized to get everything piled up and ready to go before they got here.

Meanwhile, Joe is coming to demo our kitchen at 7:30 am on Friday, so we better darn well have everything out of the cabinets before then.

[Update: we found black mold in the ceiling, and mold remediation guys came today, so I had to get everything out of the kitchen cabinets today. Talk about a deadline.]

When the incentive is big enough, and you’re ready, you will find a way to make it happen.

Don’t beat yourself up for not being ready. Do what you are ready for in the meantime. Keep peeling those layers off that onion. Little by little you’ll get there.

Oh, and when you finally move those big IKEA towers, or their eqivalent in your own life, you never know what you might find.

Years of accumulated kitty fluffs and spider webs, of course, but I also found this painting, 4 3/8″ x 6″, which I made years ago in a workshop. 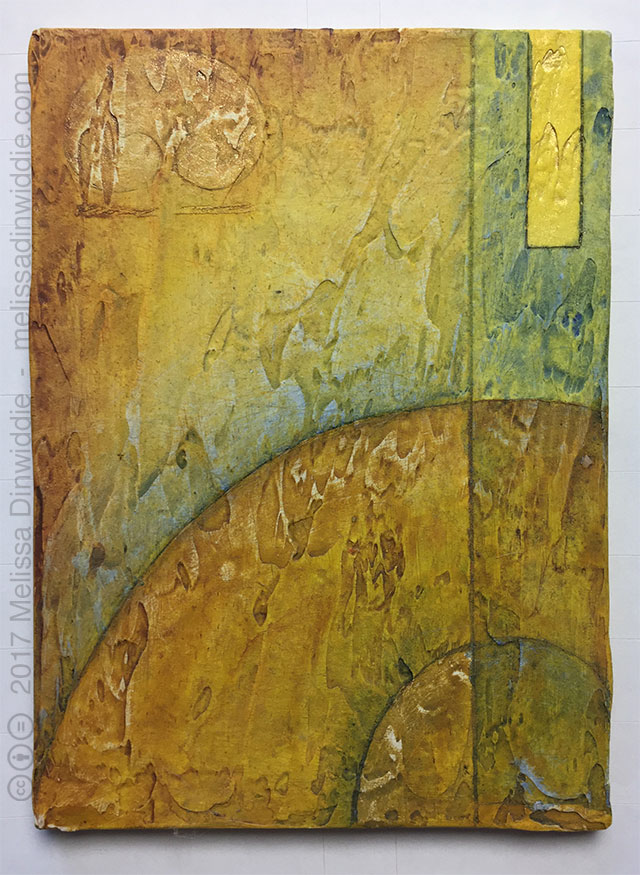 [Epilogue: IKEA delivered 45 boxes of cabinet pieces and parts Tuesday night, so our newfound space was short-lived. For the next week our living room is a warehouse of IKEA boxes. 😉 ]

This week’s something cool is chickpea water, aka aquafaba.

Basically, chickpeas are a miracle food.

First I discovered that chickpea flour made farinata, the most delicious, gluten-free flatbread, pizza crust, and quiche substitute ever.

Plus it makes wonderful crepes, and lets me make latkes (i.e., vegetable pancakes) without using eggs or flour, both of which are toxic to me.

But recently software engineer and vegan food enthusiast Goose Wohlt discovered that the water left over from boiling chickpeas can be whipped just like egg whites, and used for just about anything you’d use egg whites for in baking and cooking!

See this article, 20 Amazing Things You Can Do With Aquafaba, by The Vegan Society, for a mind-blowing sampling.

Ever since discovering that I’m sensitive to eggs (waaahhh!!), I’ve missed out on a ton of foods — mousses, macaroons, meringues — so needless to say, I’m pretty excited about aquafaba!

So far I’ve only used it to make coconut macaroons, and since I was missing one of the three called-for ingredients (brown rice syrup), I can’t say that my experiment was a complete success… My husband suggested I use maple syrup as a substitute, and I blindly went ahead, without thinking that maple syrup is A) much wetter, and B) much sweeter than rice syrup.

But they were edible! And they did work!

And when that bean water whipped into a froth it was mighty exciting, let me tell you!

So that is this week’s Something Cool. Go forth and create something beany!

Everything You Need to Know About Aquafaba, the Vegan Wonder Ingredient – Bon Appetit