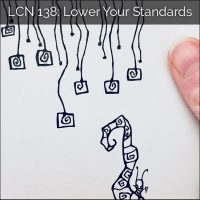 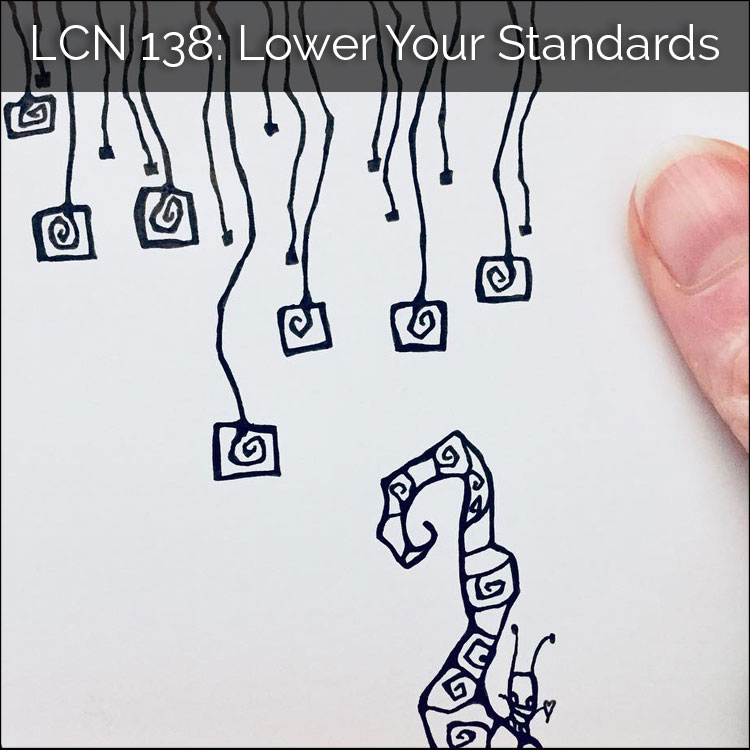 I’m standing on the edge of the stage, bright lights shining in my face, so I can barely see the 20 or so people in the audience.

My three teammates and I have just walked out from the wings, and my body is buzzing with start-of-show excitement.

All we know is that we will start off at an office holiday party. And this is what we tell the audience.

“So what kind of a business is this, that’s having the office holiday party?”

“A pet adoption agency!” someone cries out.

“Great — thank you! And what is the name of our pet adoption agency?” asks Beth.

“Fluffies For You!” someone yells.

“Thank you,” says Mitch, “And in the Fluffies For You offices, there is a room that nobody uses — why?”

“Because it has fleas!” someone cries.

“Thank you!” says Annelies. “We now present to you the fully improvised, ‘Fluffies For You’!”

So began my Sunday night at BATS Improv.

It was a cave match show, which meant that my team, Thought Police, competed with the other team on the bill, I’m Ready For My Close-Up. We performed first, then there was an intermission, and then they performed a 1980s soap opera format. The team that got the most audience votes became the reigning champion, and gets to perform next Sunday against a new challenger team.

I won’t lie — in past cave matches, I’ve let the competition get to me.

This does not go well.

I get stuck in my head, and I end up spending way more time in the wings, second-guessing every idea I have, than I do onstage!

But here’s a secret: in improv, the whole point of the competition of a cave match is actually to make it more entertaining for the audience!

Yes, it’s true there are real stakes involved, in that the winning team will get another chance to perform.

(And at the same time, it’s a truism that it’s not the best team that wins; it’s the team that does the best job at getting butts in seats — getting audience members to come to the show and vote! Many, many times superior teams have lost simply because the other team brought more audience!)

But what I’ve learned as a performer is that the show gets better — and I have a better time — the more I’m able to detach from the outcome.

Sunday’s show was probably the most fun I’ve ever had in an improv show, and it was among the best shows we’ve ever done. And no surprise: I felt the most detached from the outcome that I’ve probably ever felt.

It simply wasn’t about winning or losing.

In other words, I was very much in the Creative Sandbox space, Guidepost #1, There is no wrong, and Guidepost #2, Think process, not product.

(In case you’re wondering, we lost. Only three of the audience members came to see our team. That’s how it goes.)

Bringing an Improv Performer’s Attitude to Everything

Of course, not everybody is an improv performer, nor do you have to be. You don’t have to get up on stage in front of an audience to get the benefit of the Creative Sandbox mindset that I’m talking about.

I started developing the seeds of my Creative Sandbox principles back in 2010. I didn’t start studying improv until 2013.

But bringing the mindset of improvisation to whatever you’re doing is a fantastic way to dissolve creative block.

Because here’s the thing: there really is no such thing as creative block.

Writer’s block, artist’s block, creative block — it’s not really block. It’s more accurately self-censorship. It just feels like block because we censor our creativity before it’s had a chance to get out!

The reason I love improvisation so much — whether onstage or with a pen and paper — is because at its best it lets us bypass the censor completely. In fact, that’s the goal!

The best improv is not about showing off how clever you are, but rather letting your mind run completely wild.

Instead of trying to impress, we’re focused on responding in the moment to what’s going on right now, and then completely letting go of the outcome.

Of course, this is much easier said than done, which is why it requires a lot of practice.

But letting go of the outcome is key.

Back in June of 1994, I was recently married to my first husband — my “wasband” — and now that the wedding was over and I had no more excuses, I was trying to figure out what to do with my life.

I always got good grades on my college and grad school essays. I can do this!

But every time I sat down in front of the little screen on my MacPro computer, I drew a blank. I would type six words, and think, “That is utter crap,” and immediately delete all of them.

Meanwhile, I would read books about writing, and essays about writing — all beautifully written by brilliant writers — and it didn’t take long for me to convince myself that clearly, I just sucked at writing.

I just wasn’t meant to be a writer.

I mean, if I were, then brilliant masterpieces would effortlessly flow from my fingertips, right?

Many years later I heard the story of when Bill Moyers interviewed acclaimed poet William Stafford (who, among many other honors, was appointed Consultant in Poetry to the Library of Congress, a position that is now known as Poet Laureate).

Stafford shared his early morning practice of writing a poem every day.

“What if what you write isn’t any good?” asked Moyers.

Stafford’s reply, “Then I lower my standards.”

We Need the Crap to Fertilize the Good Stuff

It really is as simple as that.

Though as a life-long perfectionist (now practicing imperfectionist), I know this is not an easy ask. It takes practice. It’s scary to let go of our standards, because the fear is that we’ll end up only making crap, never making the good stuff we desire.

But here’s the thing: we need the crap to fertilize the good stuff!

The crap is fertilizer!

If you never let yourself make any crap, how do you think you’ll ever get to the good stuff?

So for god’s sake, lower your standards! Think quantity, not quality (that’s Creative Sandbox Way Guidepost #3, btw), because as long as you’re not being sloppy, if you take care of the quantity, the quality will take care of itself!

And if you’re so stressed out about trying to impress people that you’re not letting yourself make a darn thing, what good is that doing anyone?

Now for me, improvisational creating — or intuitive art, whatever you want to call it — has been a life-saver.

If I come up with an idea in my head that I then try to reproduce, I will inevitably fall short.

There’s no way that what I can manifest in the real world can ever match up to the Platonic ideal in my mind. That sets my perfectionist gremlins off like crazy, and it’s very hard for me to get into a play state, into the Creative Sandbox, exploratory, follow-my-curiosity mindspace starting from an idea in my head that I try to reproduce.

But starting from nothing, in pure exploration mode? For me, that works great.

That’s why when I’m playing in the Creative Sandbox, the art I make, the music I make, the writing I make, all start from improvisation.

They all start from Guidepost #5: Just start. Anywhere!

And if you have fear of the blank page (or whatever the equivalent is for your creative expression), “just start” is the antidote to that.

Literally: make a scribble! Write a word! Pluck a string!

It doesn’t matter what you do, because you’re improvising, and remember, you’ve lowered your standards, right? This gets to be crap!

This week, practice detaching from the outcome. Just try it, and see how it affects your ability to get creating.

And pay attention, because remember my Golden Formula:

Self-awareness + self-compassion = the key to everything good

Let me know how it goes!

If you haven’t seen this SNL “Welcome to Hell” music video, that’s gone crazy viral this week, you are missing out!

2. Then copy and paste what you wrote in your review into an email, and send it to me, along with why you want to be featured in a Listener Spotlight. How has Live Creative Now made a difference in your life? You can email me at livecreativenow.com/contact.