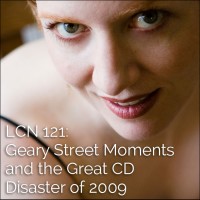 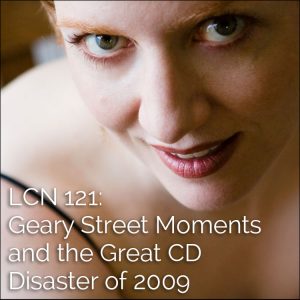 Last week I shared a story from my sad week at Jazz Camp West.

Part of that story involved my intense feelings of shame and embarrassment when I screwed up a performance.

We’ve all had an experience like that. Even if you’ve never performed onstage, if you’re a creator, you’ve certainly created something that didn’t come out the way you wanted. That’s a guarantee.

And that feeling is the worst, right?

And the bigger the project, the more expectations you load on the outcome, the worse the feeling.

So back when my main gig was as a ketubah artist, when I was a full-time freelance artist and designer working on commission, my entire self-worth was wrapped up in the excellence of whatever piece I was working on at the time.

And because those pieces might take me dozens or hundreds of hours to complete, by the time I was done with them, it was really hard for me to see them objectively. I couldn’t see them at all, really.

I couldn’t tell if they were good, bad, or mediocre.

And even though the client saw progress sketches, and had to approve a sketch before I went on to do the final artwork, I never knew what they were going to think when they came to pick up the finished piece, or when they unwrapped the package if I shipped it.

It was really stressful.

And then there was the Great CD Disaster of 2009.

I’d started singing jazz in 2005, and I’d started gigging about a year after that, and in 2007 I did an hour-long set live on KZSU Stanford radio, which was recorded, from which I took the five least cringe-worthy tracks, and I burned those onto CDs and sold them at my gigs.

Then in 2009 I decided to make a new CD. My goal was to make it just the next step up from that home-burned unit. And to avoid any copyright issues, I wanted to use all original songs.

But I’d only written three songs at the time.

However, my then-boyfriend (now referred to as the Lousy Ex-Boyfriend, because of what happened later, which is another story), the man who lived with me at the time, although he wasn’t a musician, he had, rather randomly, made up an Irish drinking song while driving home from his favorite bar in San Francisco one day. Sang it into his answering machine.

He had also, again, quite randomly, written lyrics to a song about a woman who only dates married men (which might have been a clue as to his general ethical leanings, had I been paying better attention. Ahem.)

The suggestion came up to use these two songs, “Geary Street” and “Married Men,” to pad out my CD (or, technically, EP), and so I did.

I turned the Irish drinking song, “Geary Street,” into a jazz ballad, and gave it a brand new melody. Except that when it came time to record it, I didn’t have the new melody woven deeply enough into my bones. And we only had time for two takes.

Omigod, I was miserably unhappy with the job I’d done with it.

I remember driving to my voice teacher’s house for my weekly lesson, handing her the freshly mastered CD and bursting into tears. I was convinced that I was going to have to pay hundreds of dollars (that I did not have) to gather the band back together and re-record and remaster that song.

Every vocal wobble screamed at me. It was humiliating. The shame was excruciating.

But Margo, my voice teacher, listened to the entire song, looked at me and said, “Melissa, you just need to get some sleep.”

And I gotta tell you, just over a month ago, back on Saturday, June 24th, at 8:00 AM, I was driving up the mountain to Jazz Camp and I popped my CD, Online Dating Blues, in the player to try and get myself in the mood for camp (which we all know didn’t work, but that’s another story), and “Geary Street” came on.

And you know what? It’s almost eight years later, and although yes, I can hear the wobbles and insecurities in my voice, here’s the thing: now I can hear what Margo heard.

Back then, right after I recorded it, the cracks and wobbles in my voice sounded like the Grand Canyon, because I was in the heat of all those feelings. But now I realize that those aren’t the Grand Canyon, they’re really just sidewalk cracks. Someone without any context might just assume they’re texture that’s supposed to be there!

I share this story, because when you can pinpoint your own versions of this story, it can really help you when you’re in the heat of those kinds of feelings the next time.

So when I was having my meltdown at Jazz Camp after my performance train wreck, I kept reminding myself of “Geary Street.”

It was so serendipitous that I’d listened to it on the drive up! I mean, I had been this close to re-recording that song and canceling my entire CD launch because I was convinced that the track was so godawful that I could. Not. Release. It.

And yet now when I listen to it, I just think, “Yeah, it’s not perfect. But it’s not as bad as I thought it was. And in fact, it’s pretty good. And other people really like it!”

Now, I haven’t seen the recording of my performance at this year’s camp yet. But I imagine it’s probably pretty similar.

I do know that a number of people at camp had no idea that I even messed up. Which is very typical for a live performance, by the way.

And I will probably cringe when I do watch it, and I may notice embarrassing things that I’ve forgotten. But you know, lightning didn’t strike, and it probably wasn’t as bad as my gremlins convinced me it was in the moment.

That is really the point.

So think about those moments in your own life. Those “Geary Street” moments, when things seemed utterly disastrous in the moment, but later you realized they really weren’t.

Take note of those moments. File them away where you can access them the next time you have what feels like a disaster, so you can remind yourself that it probably really isn’t.

Remember, in the heat of a “Geary Street” moment, what feels like the Grand Canyon is probably really just a sidewalk crack, or even some interesting texture.

Check out the video on their IndieGoGo campaign page

2. Then copy and paste what you wrote in your review into an email, and send it to me, along with why you want to be featured in a Listener Spotlight. How has Live Creative Now made a difference in your life? You can email me at livecreativenow.com/contact.