It seems every decade or so I develop a new creative passion — er, obsession.

If you’ve been following my Instagram feed — or if you click over there now — the tipping point into obsession is glaringly obvious.

There are rows and rows of abstract doodles, then suddenly — BAM! — it’s sketchnote city!

Here’s one of my most recent sketchnotes, done on flipchart paper: 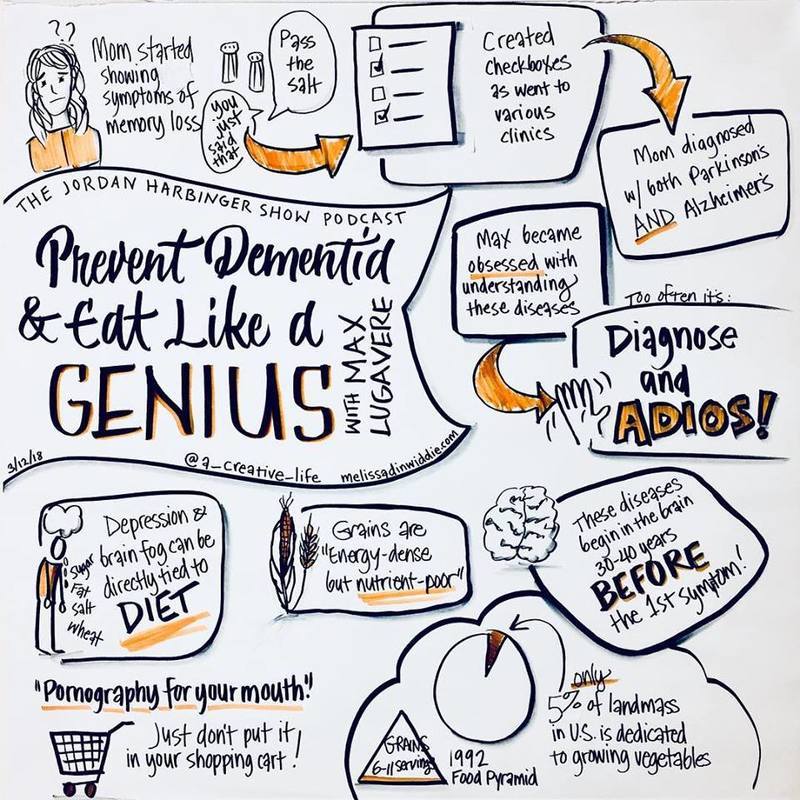 That’s how it works with me: when I get into something, I don’t just get into it, I dive into the deep end, head-first.

And right now I am deeply, deeply into All Things Graphic Recording.

What’s so funny to me about this is that a year or so ago, I was having dinner with some friends who all knew each other from a conference, including Julie Gieseke, who was a guest on the podcast a few weeks back.

Julie incorporates visual facilitation into her work, and one of the other women at the table was super interested. She wanted to know all about it, and was grilling Julie for info — how do you get into graphic recording? what strengths does someone need in order to become a graphic recorder? etc.

I was interested, but only from afar. It was almost as if they were having a conversation about professional quarterbacking for the National Football League.

I was that sure this was something I would never pursue.

It reminds me of the first time I picked up a calligraphy pen, way back in 1989.

I’d just graduated from college (yes, I’m that old!) and I was trying to figure out what the heck to do now.

My brother had gifted me with a Schaeffer calligraphy fountain pen set, and it occurred to me that perhaps I might become a calligrapher! So I opened the box, and started making letters at the kitchen table.

This lasted only a few days, until I made it down to the career center, to see what kinds of careers were available to calligraphers (remember, this was before The Internet!)

The career center had a folder for “Calligrapher” in their vast array of file cabinets, but the only options that seemed to be open to those poor sods was addressing envelopes and filling out certificates.

Well, bleah! THAT did not hold my interest nearly enough to keep me practicing at the kitchen table!

I packed up those Schaeffer fountain pens and did not pull them out again for almost six years!

It was late 1994, after my first wedding, when I was playing around with arts and crafts as a way to procrastinate from writing (which was so painfully HARD — because, I know now, I was putting so freakin’ much pressure on myself to be instantly GREAT at it!), that the calligraphy bug started nibbling again.

Which reminds me of THIS sketchnote, my very first one done on flipchart paper: 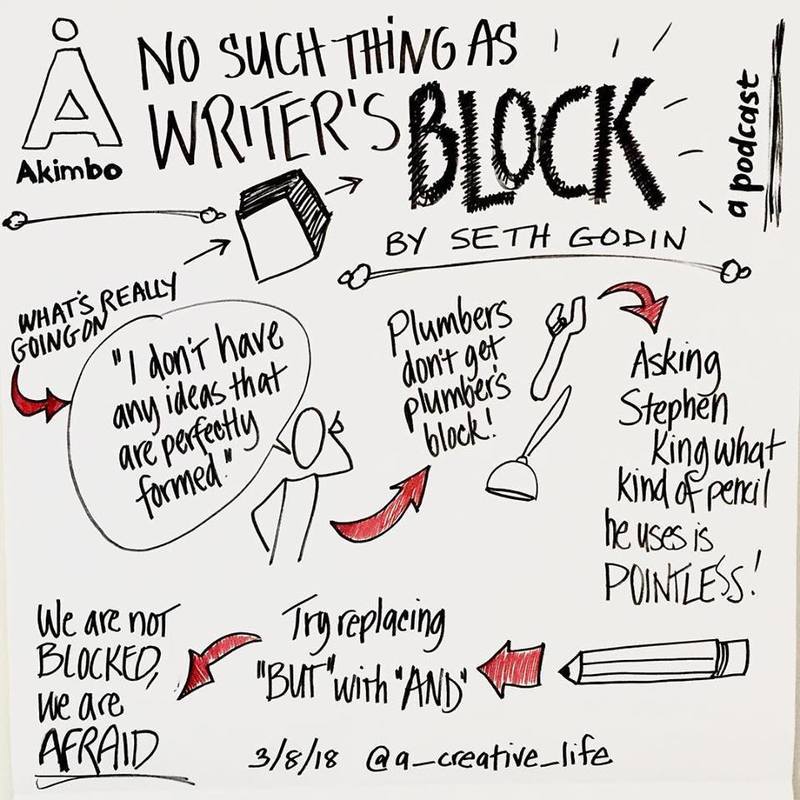 This time, I signed up for a couple of calligraphy classes at the local art center, and I was hooked.

The Truth About Passions

That’s the thing about passions: they take time to develop.

We often think of passions as “Eureka!” moments, but in truth the seeds plant and germinate underground, sometimes for months or years, before shoots ever appear.

When those roots take hold, though, watch out, baby!

This is another example of my Golden Formula at work:

Self-Awareness + Self-Compassion = the Key to Everything Good

So my question for you this week is: where is the Universe whispering to you to pay attention? Is there an almost-interest waiting to blossom into a passion (or obsession)?

Water and nurture that almost-interest well, and you never know what it might become!