From Saturday to Saturday last week I was in the redwoods at Jazz Camp West, my annual week of unplugged-from-the-world musical utopia.

And here’s the ugly truth about camp:

That week of bliss is inevitably followed by a crash.

Some years it’s worse than others, but it always happens.

Eight days of feeling deeply connected to other humans — in the flesh!

Most of us don’t get enough of this in our daily lives, so camp is like arriving at an oasis after a long walk in the desert.

No wonder returning to the reality of regular life, with its day-to-day responsibilities and inevitable disconnection, is always hard.

Even Old Hats Are Not Immune

I’ve been going to music camps since 2002, long enough to know what to expect when I come home:

First, there’s “camp lag” — the jet-lag-like symptoms that sink in no matter how much sleep I get at camp (and this year I actually averaged 7 1/2 hours a night!)

I’ve learned that it takes at least two or three days to recover from that.

Then there’s the emotional letdown.

The first time I went to music camp this was the worst. It hit me like a Mack truck, and I was a wreck for over a week.

Now I know what’s coming, so it no longer levels me, but it’s still there.

The contrast between eight days of creative immersion, and my regular life of too much to do and not enough time to do it…

The contrast between feeling seen and embraced as part of a tribe (in 3D!), and the physical isolation of my normal life, working at home alone all day…

No wonder I feel down.

No wonder all the things on my to-do list — even the things I was really excited about before camp! — seem overwhelming or pointless or boring.

Truthfully, all I want to do is curl up in bed and escape into a good novel all day.

Except I know this would only make me feel worse in the end, because then I’d be yet one more day “behind” from where I’d like to be.

Plus there’s One More Thing Weighing On Me (Literally!)

The food at camp has gotten really good. And I haven’t quite adjusted to the fact that my metabolism is not as fast as it used to be.

So although I used to naturally slim down at camp, burning calories from all the excitement and intense learning, now it’s the opposite.

I came home with more of me than when I arrived!

I can’t tell you exactly how much weight I gained, because I rarely weigh myself.

Residue from years of struggling with a vicious eating disorder in which obsessing over numbers (weight, calories, inches) did much more harm than good, has made me wary of quantifying myself, so I mostly avoid scales.

It’s enough to notice, though. And I am very unhappy about it.

What DOESN’T work is my initial response, which is to panic.

The impulse is to want to starve myself, while also exercising myself into the ground.

In fact, it’s a classic bulimic response, and it doesn’t work, because it’s just setting me up for failure, beatings, and more failure and more beatings.

See, arbitrary food restrictions and exercise requirements are really punishments. They are a way of beating myself up.

And when I slip up (as will inevitably happen whenever the expectations are extreme), it leads to the “What the Hell Effect” (which is a real scientific term, y’all!).

Then guess what happens?

You crack down harder tomorrow, and the whole vicious cycle continues.

It’s a losing battle. I know this.

I know that harsh restrictions and punishments are not the answer.

Here’s What DOES Work

Self-awareness, mindfulness, and self-compassion are the answer.

When I can be aware of my cravings…

Aware of what I’m really hungry for (tip: it often isn’t actually food!)…

When I can be mindful of when I’m physically hungry, when I’m sated, and when I’m eating to numb out, or in an attempt to feed another need…

And when I can respond with self-compassion — i.e., forgive myself for being human, and treat myself kindly and lovingly, the way I would a beloved friend…

Not only will my body eventually self-regulate and resolve to its healthiest weight (our bodies are SO SMART!), but life is so much better all around!

Funny how often I seem to need to remind myself of all of this.

But then, I have years and decades of practice in beating myself up, so I guess it’s not surprising that it would take time to really integrate a new and different response.

Anyway, yesterday was bad. Lots of emotional eating, then being angry with myself, then turning to food for solace.

(Remember what I said about a vicious cycle?)

I guess it’s the Universe’s way of reminding me to slow down and pay attention.

And I guess coming home from Jazz Camp West with more flesh on my belly is the Universe’s way of reminding me to love myself up AS I AM. 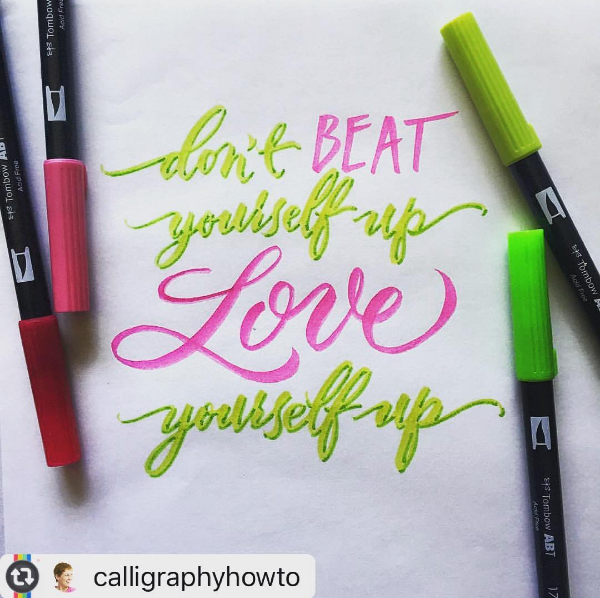 It’s easy to love ourselves up when we feel great about who we are, how we look, how our lives are going. Not so easy when we don’t.

But we are not only deserving of love after we achieve our ideal (arbitrary) body weight!

Or after we achieve mastery in a particular skill.

Or after we earn a certain amount of income.

We are worthy and deserving of love RIGHT NOW, as we are, in our imperfect bodies, and our imperfect, messy lives.

This is what I am taking forward from this year’s Post-Camp Letdown.

I hope you will join me.