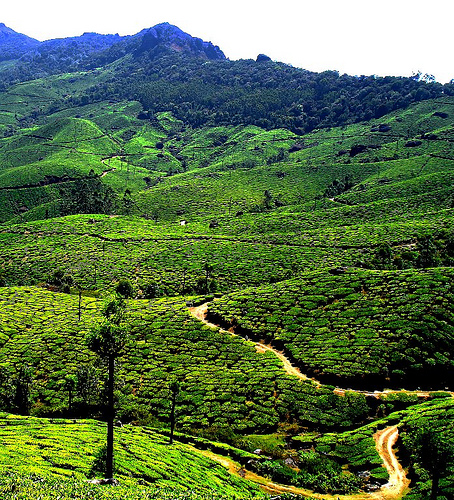 I won the lottery!

Well, okay, not the gazillions-of-dollars lottery. I only got twenty-five bucks cash, but I was enriched nonetheless.

A few weeks ago I got a letter in the mail from a professor of Sociology at NYU, saying I had been randomly selected for a sociological study of work and life. Would I be willing to get together for a couple of hours to answer some questions and basically have a fun conversation?

I love this kind of thing, so of course I said yes.

(The $25 cash stipend was irrelevant to my decision, though it was a nice bonus. :))

The best part, though, was that it gave me an opportunity to look back across the years and really see how far I’ve come.

Most of the time I’m so focused on the here and now, and on the imagined future I’m working hard to create for myself, that I lose track of the distance traveled. I forget that where I am now is pretty freaking awesome.

I get bogged down by things like my mountain-of-debt, which is still a few years away from being paid off.

And the fact that my business isn’t yet where I want it to be (and that my Pledge to End Workaholism is going to keep that trajectory a lot longer and slower than I’d like [while admittedly keeping me a lot happier and healthier in the long run]).

And the fact that the CD I’ve been wanting to complete (and for which I’ve already got 7 mixed and mastered tracks!) is still on the shelf.

And the fact that there is scads more clutterbusting to do around here.

And the fact that I still haven’t managed to get myself out to a tango milonga (Argentine tango party) since coming home from the World Domination Summit, despite the best of intentions.

And the fact that there is just so. much. to. do. and I always feel behind.

But when I sat down with Kathleen on Wednesday, it was like watching 2 hours of flashbacks of my life:

The year I spent in New York City, horribly depressed because I was there to dance, but I had a raging case of tendinitis in my ankles and it was painful to walk, let alone dance, and my bulimic behavior spiraled out of control, and I gained more weight than I’ll ever even know because I refused to weigh myself, and I was miserable and desperate and lonely, not to mention COLD all the time.

The five years after coming home from New York, on the quest for the Miracle Cure for my dance injury, during which I met my now-ex-husband, who was so good for me (and such a critical piece of my healing myself from the bulimia), but really only for about 6 months because he also (I can see now) did everything he could to make me utterly dependent on him, because he needed so desperately to feel needed, and I let myself become dependent, and how that ultimately led, eleven years later, to me leaving our marriage at least 2 years later than I would have, had I either had the means to support myself, or the confidence to know, for sure, that I could.

The summer after our wedding, when I was “trying to be a writer,” spending most of my time reading about writing and lamenting that I wasn’t a brilliant writer instead of actually (ahem) writing, and how (I can see now) I completely gave up because of a very fixed mindset and a lack of understanding that writing (doh!) is a skill like any other, which can be learned through the doing of it.

The years of feeling utterly lost, a blank page, without a fully-fleshed-out identity of my own, until I discovered that (lo and behold!) maybe I could make beautiful things with my hands and paper and ink and paint (not to mention teach), but I still couldn’t refer to myself as “an artist” for at least two years, followed by more years of hard, hard, HARD work, allthefreakingtime, to build up my ketubah business after the divorce.

The years of lamenting daily (several times a day) that “I don’t have time to make art,” because I was struggling so hard to make a living from my art, and channeling my stunted and starved creative energies into music (which was, I freely admit, a very rich silver lining) because sitting down at my drafting table felt like a “busman’s holiday” and I had lost the joy that used to be there, but really I was just playing the victim and not making the time to make art because I was stuck in a fixed mindset and terrified of only ever being able to create anything mediocre, or even crap, and therefore proving everyone wrong about my “great potential,” so instead I spent years NOT doing the thing that gave me so much joy.

I could go on.

And on Wednesday, I did. Two and a half hours worth. Holding the painful past up to the light, and marveling at how amazingly different now is from then.

Not that now is perfect, but it is pretty much awesome.

Because I finally understand that my joy comes in the pursuit, not the achievement, of my goals.

Because I finally feel a sense of enoughness in who I am that eluded me my entire life.

Because I’m actually living a truly creative life, not just giving lip service to the idea.

The upshot: when Kathleen asked me where I’d like to be in 5 years, I said simply that I’d like my business to be more fully fleshed out, continuing to evolve (no doubt in ways I can’t foresee right now), and I’d like to be making more money.*

And when Kathleen asked me how likely I thought it was that I’d get to that 5-year goal, she said, “I get the feeling that you’re pretty confident you will.”

“Yeah, I am, because my dreams are not of the ‘I’ll be “discovered” and suddenly become America’s next Top Model’ variety; my dreams are for things that I want to create myself, and that I have the power to create.”

Wow. That is quite a change from the me of twenty years ago, who didn’t even know who she was or what she wanted to create, let alone feel a sense of agency around it.

And when Kathleen asked “Many more years ahead, when you’re looking back at the end of your life, what will it take for you to say you led a successful life?” I said:

“Knowing I made a difference.”

Kathleen nodded, smiled, and said “It sounds to me like you’ve already done that.”

And that was when I allowed myself to revel in the awesomeness of standing on a very high summit, seeing across the valleys and swamps and tar pits and many miles I’d journeyed to get here.

That was when I allowed myself to acknowledge how very far I’ve come, and to feel a sense of gratitude for all those miles and tar pits and swamps and valleys, because I needed to slog through them in order to get where I am.

It gave meaning to all the frickin’ awful stuff in my life, because it’s how I’ve gotten through the awful stuff that has forged my character and lit the fire of passion in me to make a difference in the world.

In the 6-month program I recently completed with Tara Mohr, Playing Big, one of our early sessions was on the importance of owning your own story. Because story is how we relate to the world, it’s what draws us in, it’s how we learn.

We tend to think that in order to play big we need to hide our stories, but in fact it’s quite the opposite: it is through owning and sharing your story that you will connect and make impact.

All of this is running around in my brain. None of it is really new — after all, I started Living A Creative Life specifically to chart my journey, to share the story of my life as it evolved — but my way of looking at it all is… expanding… It feels very important to the big work I want to do in the world — somehow combining all of my creative expressions in order to share my story, to touch people, to have impact, to make a difference.

Though I guess it’s really just the next step of the brewing that’s been going on for over four decades already.

I now turn my gaze away from the path behind me and toward the summits up ahead. But I will not forget to turn around every so often and look back.

That’s what I call winning the life lottery.

What do you see when you look back at the path behind you? How does that illuminate the present moment for you?

* Yes, I have lots of other goals, lots of things I want to create, but when I think about it, they’re kinda interwoven with my business, because every creative expression I pursue is part of my living my creative life, and modeling that YES, it can be done! Which is, after all, what my business is all about.