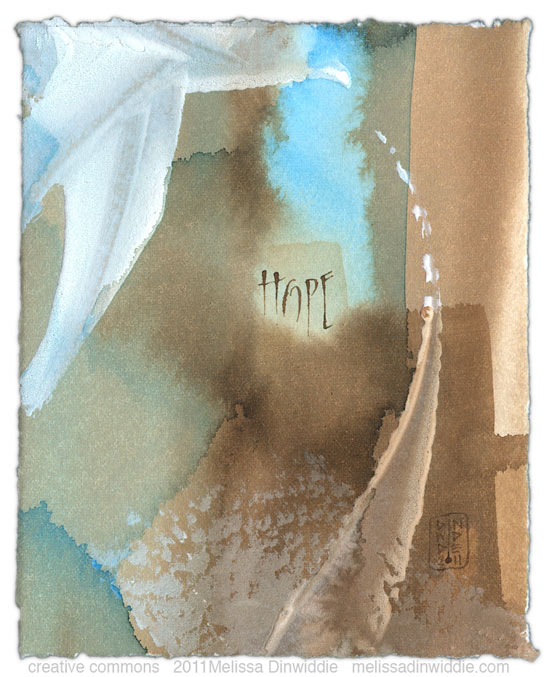 Okay, the short answer is because I (almost) never buy a ticket. Which does, of course, make me slightly less likely to win than if I did (but only slightly).

But that’s not the real reason I’ll never win the lottery.

The real reason has a lot to do with a great post the Seth Godin wrote today. “Entrepreneurial hope,” he writes, “is essential.” But  there’s a certain kind of hope that’s more damaging than helpful: the hope of the magic lottery ticket.

I know this hope only too well, and I’ll bet you do too. Who hasn’t fantasized about winning the lottery and never having to work a day in your life again?

It’s that same fantasy hope that Oprah Winfrey will read your book and turn it into a bestseller.

Or that your song will be catapulted onto the top of the music charts.

Or that your amazing performance/product/business will be magically discovered and become an overnight success.

The problem, of course, is not only that such fantasy hopes rarely come true, but also that putting energy into the hope of the magic lottery ticket takes energy away from doing the hard work necessary to create the life you really want, on your own terms.

Take a detour past the gatekeepers

I spent last weekend in Vegas with 100+ other music artists who have figured out that we don’t want a gatekeeper determining our fate. Forget trying to get signed with a label (or getting your artwork shown in a big gallery, or your writing picked up by a major publishing house). Smart artists take the reins of our careers into our own hands.

The thing is, with the right strategy, a musician (or artist/writer/creative) can actually make a better living (and possibly a better quality of life) by finding her audience directly than she would by signing with a label.

(Oh, how many sob stories have I heard about musicians signed with labels? Their biggest goal is frequently to get out of the contract that’s making the label rich at the expense of the artist’s creative freedom. Labels are set up to make the record company rich in the same way that the gallery system is set up to make the gallery owners rich.)

Having your work seen or heard or read by a million people is not the only way to succeed. How about 100 or 1,000 truly dedicated fans, who buy everything you create?

Yeah, it will probably take a helluva lot of hard work, but the sooner you start, the sooner you’ll get there. Waiting for a shortcut in the form of miraculous overnight success will just keep you from doing the important work that’s calling to you.

When someone encourages you to avoid the magic lottery, they’re not criticizing your idea nor are they trying to shatter your faith or take away your hope. Instead, they’re pointing out that shortcuts are rarely dependable (or particularly short) and that instead, perhaps, you should follow the longer, more deliberate, less magical path if you truly want to succeed.

If your business or your music or your art or your project is truly worth your energy and your passion, then don’t sell it short by putting its future into a lottery ticket.

The pleasure and pride that comes from building it yourself

Which brings me to the real reason why I’ll never win the lottery: I don’t really want to.

Okay, that’s not entirely true. If a pile of money landed in my lap I would certainly not turn it down! I’d be thrilled, to be honest (right now I’d sure love a windfall to pay off my debt!) But my goal is not to lie on a secluded beach sipping exotic drinks for the rest of my life.

I want to create something I’m proud of.

I want to prove to myself that I’m capable of building the kind of success I seek.

Although I’m grateful for help and support whenever it comes my way, I don’t want to be rescued, I want to rescue myself, thank you very much.

And though I have mixed feelings about the whole Law of Attraction thing, I do believe that to a large extent we create our own reality. If my overarching goal in life were to win the lottery, well, perhaps it would happen.

But on the other hand, if my overarching goal is to create my own success, a winning lottery ticket is almost certainly not in the cards.

And I’m okay with that.

Which, if you think about it, is a very good thing.

For another great blog post that touches on this subject, see The myth of the overnight sensation, at the Creative Penn.