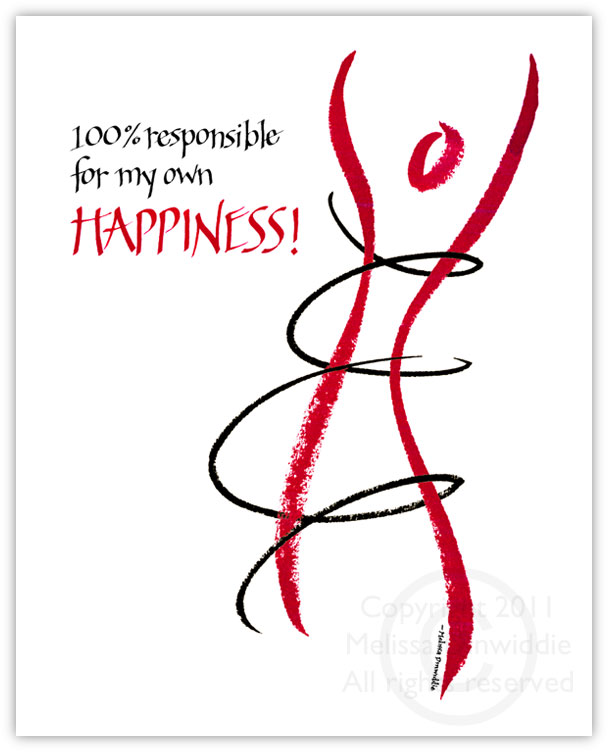 When I got divorced, one of the things that got me out of bed in the morning was knowing that tonight (or the next night, or the next) I was going out dancing.

Dance was my first love. I’d been on a career track as a modern dancer, and only stopped when forced by an injury (a good thing in the end, but that’s another story). Now, years later, even though I could have physically handled going out dancing, I never did while I was married.

Why? Because my husband didn’t like to dance. And because he was so jealous it didn’t even enter my mind to go out alone.

A big, important part of myself, one of my core Blisses, was effectively cut off for years.

The truth is each of us is 100% responsible for our own happiness, and I didn’t have to let my husband’s jealousy and lack of interest determine my choices. It felt like I had no choice, but in fact that was just me playing the victim and not taking responsibility.

When I finally “rediscovered” dance during my divorce, I was insanely grateful to “get dance back,” and insanely annoyed with myself for ever letting someone else’s preferences dictate my choices.

I swore I’d never do the same thing again.

Yet in my last relationship I did just that. You’d think over a decade of personal growth would have made a difference, but no.

This time the Bliss in question was music, singing jazz to be exact, and before I met my ex, my habit was to get out to a jam session or two at least every week or so, where I could get a microphone in my  hand. But during the year-plus of my last relationship, I only went to jam sessions a handful times.

Why? Not because my ex forbade me from going, but simply because he didn’t like jazz, and wasn’t willing to learn to like it. So I was left with the choice of either following my Bliss, or spending time with him.

Now, I’d worked long and hard to find this relationship (57 dates in a 2 1/2 year period, in fact). I thought this man was my life partner, and our relationship was a huge priority in my life. Plus I just plain liked spending time with him! Then there was the fact that, unlike my ex-husband, he did go out dancing with me, even subjected himself to the sometimes excruciating challenge of learning Argentine Tango so that we could dance together.

The man was clearly willing, just not when it came to jazz. (Did I mention he also left the room when I played guitar? You’d think that would have been a clue…)

At the time, my choice to spend time with him rather than following my Bliss seemed tolerable. Now I’m not so sure.

Think about it: much as we don’t like to believe this, relationships come and go. Blisses endure. Perhaps the fact that this man couldn’t muster up enthusiasm for my Bliss was a clue that it wasn’t going to be a good match for the long term.

Are there people in your life who are less than supportive of you following your Bliss? Take a good, hard look. Are those relationships really going to serve you in the end? If there’s a niggling voice somewhere inside, you might want to pay attention to it.

I’m not telling you to break up with someone, but I am telling you, as one who knows, that cutting off an important part of your creative self is not the route to happiness.

You are 100% responsible. Seeking happiness is your birthright, and your Blisses are key to that happiness. Don’t you deserve to have people around you who will support you in your efforts to follow your evolving Bliss?

You bet you do. Don’t settle for less.

Yes, I am. You are too. Embrace it. Do a dance about it. Sing out loud about it. (You can do this in the shower, or in your car on the freeway, if you’re worried about it bothering the neighbors.)

Your happiness is your own choice! 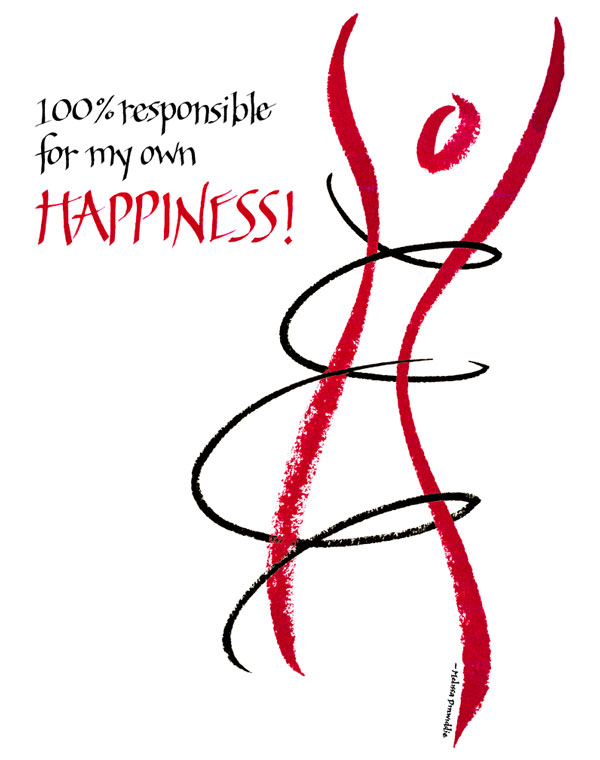 (And if you really want to let the Universe know you’re on board chasing after your evolving Bliss, and you want to buy stuff at my Zazzle shop, I’m not going to stop you. ;-))